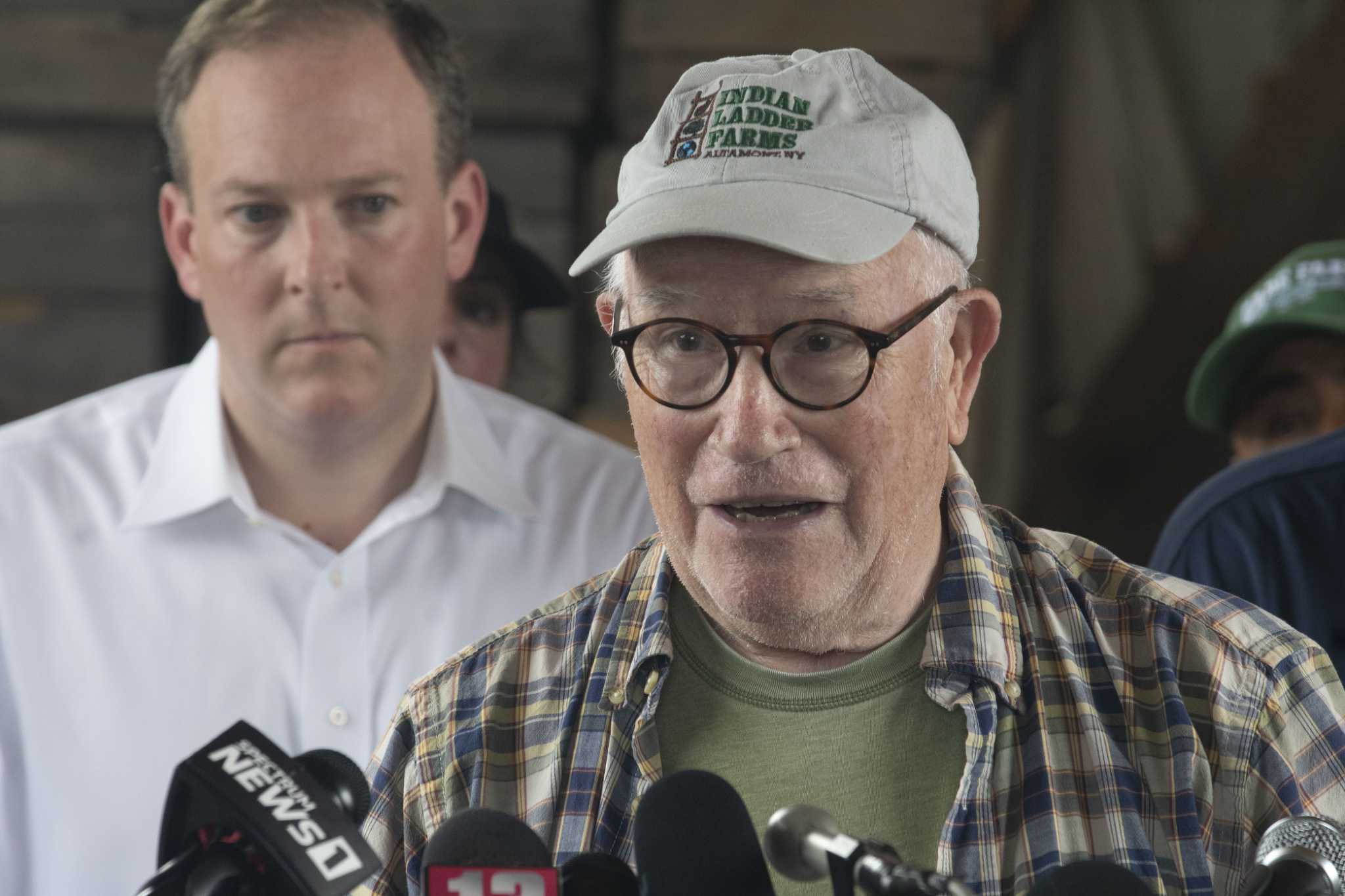 NOVA SCOTIA — Providing farm workers with the overtime benefits that most others receive is one of those ideas that seems to make intuitive sense. It’s just the right thing to do.

After all, if workers in factories and big box stores receive overtime pay after 40 hours of work, why shouldn’t the workers who pick the fruit and milk the cows? Why should we treat a group unfairly?

There is, however, another side to the problem: the potential impact on New York’s small farms, many of which are barely getting by as they are. And the patriarch of one of the region’s largest and most famous farms — that would be Indian Ladder, the apple grower near Thacher State Park — is among those adding his voice to the concerned chorus.

“I don’t see how we can possibly pay overtime,” said Peter Ten Eyck, owner of the orchard now run by his daughter. “And we can’t hire more people because we can’t find workers who want the jobs. Nobody wants to work on a farm anymore.”

The 40-hour workweek that many of us take for granted was established as part of Franklin Roosevelt’s New Deal in the 1930s. But farm workers have long been one of the significant exceptions to federal law. on fair labor standards.

New York seems ready to end the exception, at least within its borders. As my colleague Joshua Solomon has pointed out, the state Department of Labor should recommend that the current 60-hour threshold for farm overtime pay be reduced to 40 hours.

Although change can be phased in over a 10-year period, the timing may not be ideal. Food prices are up more than 10% from a year ago and new rules on overtime pay could add to inflationary pressures. Meanwhile, as Ten Eyck noted, a continuing and fairly severe labor shortage makes finding new workers extremely difficult for most industries.

“Smaller, weaker farms will shut down,” said Ten Eyck, who says Indian Ladder’s future would be threatened by the overtime change. “Only the biggest factory farms will get there.”

In other words, the shift could be another in a long line of political decisions that have forced agricultural consolidation and made the family farm something close to an anachronism.

This consolidation has of course made food cheaper, but has had significant costs for the environment, human health and animal welfare. For these and other reasons, any changes that make it even more difficult for New York farms to compete should be undertaken with extreme caution.

But proponents of the lower overtime threshold say farmers are crying wolf, essentially exaggerating the potential impact, and note that New York lawmakers have already agreed to subsidize farmers for their labor costs. increased work. (Ten Eyck viewed the planned subsidy as a temporary balm – “a bandage”.)

The Civil Liberties Union of New York, one of the strongest supporters of change, even accuses the agricultural industry of trying to maintain a racist Jim Crow system that exploits migrant workers.

Although describing New York farmers like George Wallace with a milk bucket seems excessively harsh, the point of view brings us back to the question I posed earlier: why should a subset of workers be treated any differently? others ?

It is possible, however, that the planned change will harm the people it is meant to help. If farmers limit their workers to 40 hours of work to avoid overtime, as other industries do, those workers will earn less money, not more. And, of course, workers would be hurt even more if the farms eventually failed.

Ten Eyck thinks migrant workers will stop coming to New York if they can earn more elsewhere. (Among states, only California and Washington have adopted 40-hour overtime thresholds for agricultural workers, according to the National Agricultural Law Center.)

“I just don’t see any light at the end of the tunnel,” Ten Eyck told me, worrying about the future of his 106-year-old farm. “I don’t see any way for us to move forward.”

I spoke to Ten Eyck, the grandson of a Democratic congressman, a few days after he appeared with Lee Zeldin, Elise Stefanik and other Republicans at a rally in Feura Bush during which the change of overtime was described as an election-eve gift from Governor Kathy Hochul to organized labor.

“This is a war on rural America,” said Stefanik, the North Country congresswoman, with her usual temperance.

It would be wrong, however, to paint this debate in the usual blue-red, left-right terms. Consider that former Democratic congressman Antonio Delgado, now lieutenant governor of Hochul, was until recently among the top critics of the change.

Lowering the overtime threshold, Delgado warned in a letter sent to Hochul in March, “is unaware of the dynamics of agriculture” and “puts farming operations in New York at risk.”

Was Delgado right? New York seems determined to find out.