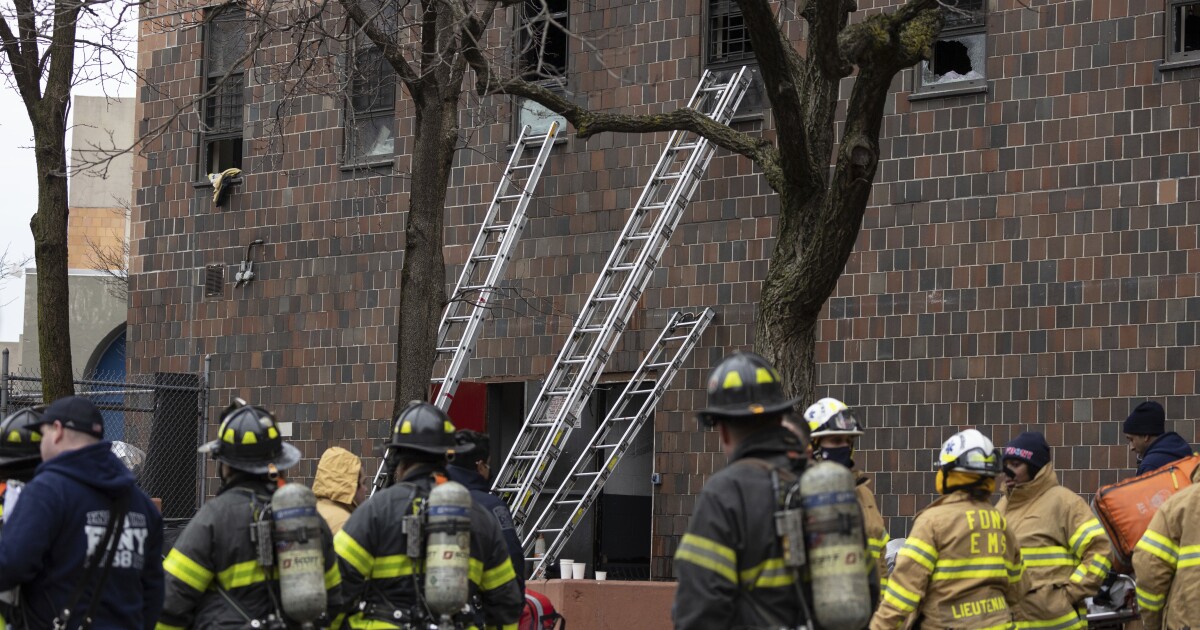 Kathleen Hernandez, her fiancée and her family moved into what they thought was their dream rental home in June 2020 in Las Vegas. Their nightmare began a month later.

“The downstairs bathroom overflowed, twice,” Hernandez said. A few weeks later, she adds, “I noticed this dirty, foul water running through our front yard. It was waste water. You could see toilet paper coming out of the pipe.”

She says its owner is Progress Residential LLC, but Pretium Partners LLC is also listed in property records as having an interest in the property. Hernandez didn’t know that. “No wonder I didn’t know who to contact,” she says.

The sewage outflow problem is not solved, she says. “It comes and goes. We try to avoid using the downstairs bathroom.”

“We’ve never been behind on rent, even though our rent went up last June when we renewed our lease,” she says. “But a lot of things are broken in the house – the dishwasher isn’t working, the upstairs shower isn’t working, we don’t use the garbage disposal for fear it will jam and we’re to blame. ”

The lease says the landlord is responsible for repairing large items, but Hernandez says the company isn’t interested in fixing the problems.

NPR contacted Progress Residential’s media office via email, but got no response.

Hernandez is a member of National Rising Tenants Associationan alliance of people who live in company-owned properties.

On Tuesday, Hernandez shared her story during a US Senate Banking, Housing, and Urban Affairs Committee hearing, along with six other tenants. People spoke of living in ‘dangerous conditions’, ‘flooded basements’, ‘constant rent increases’, ‘threats of eviction’ and landlords who are expert at ‘exploiting loopholes’ .

But Joel Griffith disagrees. He is a research fellow at the Institute for Economic Freedom and Opportunity at The Heritage Foundation, a think tank in Washington, D.C.

Renters have a myriad of rental choices, he wrote in an email.

“Tenants have extensive legal protections against unfair evictions and unsafe living conditions,” he says. “One of the biggest concerns is about cities making it difficult for landlords to evict tenants who erode the quality of life of their neighbors.”

Ellen Davidson is a housing lawyer at the Legal Aid Society of New York, where 66% of households are tenants. Davidson says LLCs, or the limited liability company model, are used by large corporations to protect against liability.

“It’s very difficult to complain to their landlord about repairs because tenants are being retaliated against for essentially asking for safe and decent places for themselves and their children,” she says.

She adds: “The government should focus on building, developing, finding safe, decent and affordable housing.”

Last month’s deadly fire in New York’s Bronx, which killed 17 people and injured dozens, highlighted the concerns of housing advocates. Many say that partially government-funded real estate deals guarantee the enrichment of some homeowners, while little attention is paid to the security of these homes.

The Bronx fire was started by a faulty portable heater in an apartment, and it spread largely due to failing security doors, according to New York Fire Department Commissioner Daniel Nigro.

Mamadou Wague, his wife and their eight children lived in the apartment where the fire broke out and, like many other residents, they are immigrants from West Africa. wave said NPR that the family used space heaters because the apartment was cold and it was difficult to sleep.

The country is experiencing a shortage of housing, especially affordable housing, both in rentals and home ownership. According to the National Association of Realtors, there is an affordable listing available for 65 households, and the shortage is driving up prices.

U.S. Senator Sherrod Brown (D-OH), chairman of the Senate panel, has hosted a series of listening sessions on housing and business owners in recent years. In 2020, he tapped Fannie Mae and Freddie Mac, the nation’s largest government-funded housing financier. In one letter To CEO Hugh Frater, Brown expressed concern that giant private equity firms are buying up affordable housing buildings in droves to make a profit.

“More and more rich and wealthy investors are buying the homes that serve as the basis of family life,” he wrote. “They see these buildings as nothing more than an annual return on equity.”

Tenants fight for their rights

Joseph Donahue, a lawyer with the Donahue law firm in Annapolis, is co-counsel in a class action filed in the US District Court in Maryland last summer against Arbor Realty Trust Inc. and its subsidiaries.

According to the complaint, Arbor controls about 139 multi-family developments with about 17,000 apartments in 12 states.

“If the government wants to lend money to these huge corporations which are in many cases listed on the stock exchange, then they have to ensure that the terms of the properties are safe,” he says.

The Bedford and Victoria Station complex is managed by the Ross Enterprises. NPR made multiple calls and left a message to Ross’ public relations office at Bethesda seeking comment. NPR had no response.

NPR has also reached out to Bedford and Victoria Station apartments to comment on Juan Cuellar’s testimony Tuesday about the dangerous living conditions. The company declined to comment.

“The government doesn’t understand how this industry takes advantage of people and raises rents year after year,” Donahue said.

The complaint alleges violations of the Fair Housing Act, including intentional discrimination based on race and national origin.

During the Great Recession of 2008, more than 3.7 million households lost their homes to foreclosure, according to DSNewsan online group focused on housing.

Moving is often not an option

Juan Cuellar is an example. Cuellar works as a house painter and handyman and often fumigates and repairs his apartment. He has lived in the Bedford Victoria Station complex with his wife, 18-year-old son and three grandchildren for a decade. Cuellar is a member of his building’s tenant committee, and while he is not a member of the class action, he supports it.

“We have to win in court, we deserve better housing conditions,” he says.

“The floor is warping, we have no heating, there are cockroaches and mice,” he told senators in his native Spanish through a translator, “The air conditioners don’t work. not, the refrigerator does not work”.

Cuellar said the rent had gone up and he now had to pay water charges.

CASA, a nonprofit immigrant advocacy organization based in Hyattsville, is a plaintiff in the class action and worked on behalf of the tenants to get rent assistance. Arbor received approximately $1 million in rental assistance through Prince George’s Emergency Rent Assistance Program (ERAP) during the pandemic.

Cuellar said most tenants and residents of the area are immigrants from Central America.

“I came to this area in 1997,” says Cuellar. “I like the neighborhood, my wife doesn’t drive and she can walk to Latin stores.”

It wouldn’t be easy to move, he said.