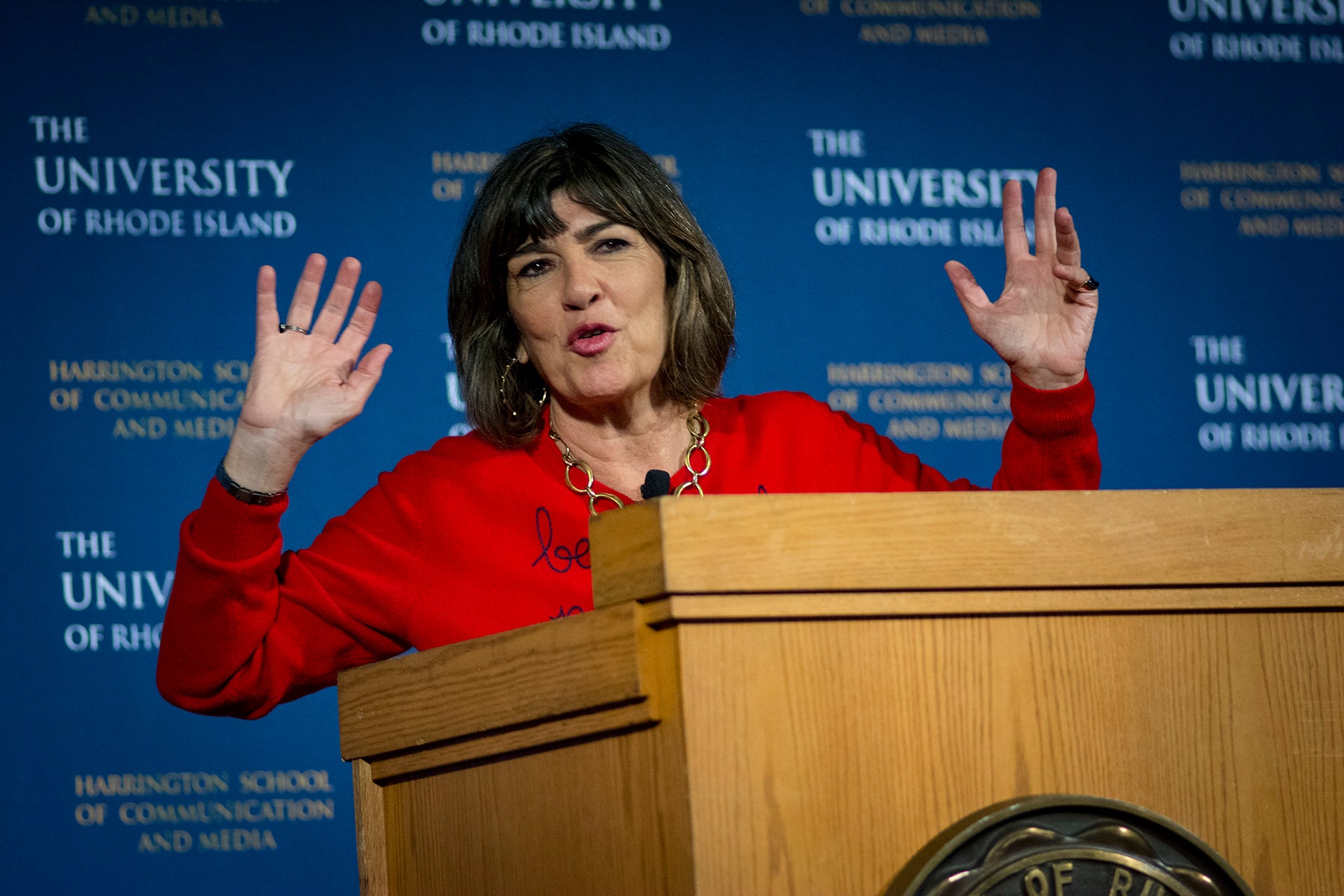 KINGSTON, RI – February 3, 2022 – University of Rhode Island alumnus Christiane Amanpour ’83, Hon’ 95, international anchor at CNN, who has earned a reputation as a fearless journalist while covering wars of the Persian Gulf and Bosnia and as a strong advocate for journalists to be “truthful, not neutral,” will be honored by the Arthur W. Page Center at its sixth annual Integrity Awards on Wednesday, February 23 at 6 p.m.

The Larry Foster Award for Integrity in Public Communications recognizes integrity at the highest levels of public communications by honoring a diverse group of industries and disciplines including journalism, business, public sector and public relations.

All three will appear live during the February 23 virtual awards show. The virtual event is free and open to the public. Registration is mandatory.

She joined CNN in 1983 as a junior assistant in the international bureau at the network’s Atlanta headquarters and became CNN’s chief international correspondent. During her years in the field, she reported on flashpoints such as the 1991 Gulf War, the 2003 US invasion of Iraq, and the Bosnian War. During the Bosnian war, Amanpour spoke out against the human rights abuses, massacres and genocide committed against Bosnian Muslims, defending her reporting by saying, “There are situations about which we cannot simply not be neutral, because when you are neutral, you are an accomplice. .”

She has also used her international position to raise awareness of key global issues and journalists’ rights, including as a board member of the Committee to Protect Journalists, the Center for Public Integrity and the International Foundation for Journalists. women in the media. Among her many philanthropic efforts at URI, she endowed the annual Amanpour Lecture, which has brought world-renowned journalists to the University every year since 2008. She is also an honorary member of URI’s Executive Advisory Board. Harrington School of Communication and Mediaheadquarters of the Department of Journalism.

Located at the Donald P. Bellisario College of Communications at Pennsylvania State University, the Center of the page is a research center that advances integrity in all forms of public communication through projects aimed at developing scientific and public understanding of ethics in communication. The Center has founded more than 250 researchers and awarded nearly $1 million in research funding.

Previous Integrity Award recipients include Dr. Anthony Fauci, director of the National Institute of Allergy and Infectious Diseases at the US National Institutes of Health, who has played a leading role in the US response to the pandemic; Judy Woodruff, co-anchor of the “PBS Newshour”; Eugene Robinson, 2009 Pulitzer Prize winner and deputy editor of the Washington Post; the late Gwen Ifill, senior correspondent for “PBS Newshour” and the first black woman to host a vice-presidential debate, and Tom Kean, former governor of New Jersey.