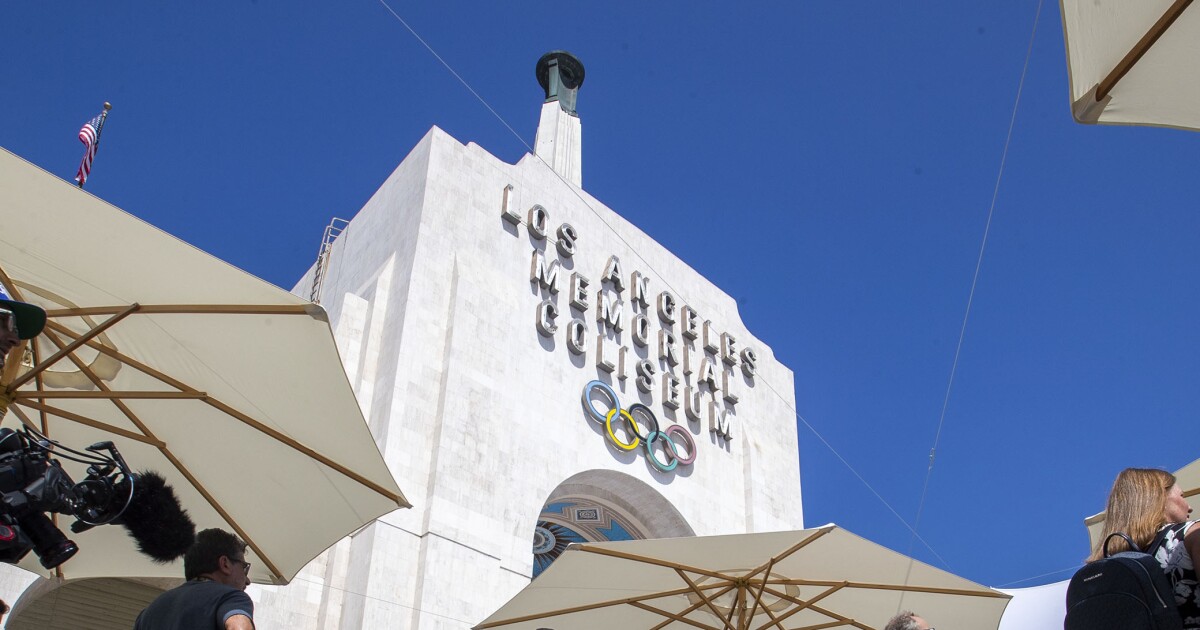 Los Angeles City Council voted on Friday to approve a key contract with the organizers of the 2028 Olympics that will serve as a model for the city’s responsibilities ahead of the $ 7 billion sporting event.

The board voted 11-2 to approve the deal, with board members Nithya Raman and Mike Bonin opposed. Councilor Joe Buscaino was absent.

Under the agreement, the city will provide “improved resources”, bolstering police, fire, sanitation, traffic and parking control services during the 17 days of competition. The contract asks the city and the Olympic organizers to settle on a list of city services and costs by October 2025, with LA28 to bear those costs.

The contract also covers the city’s jobs, contracting and homeless management, but leaves details to be worked out in the years to come.

The deal also outlines the financial risk and the need for insurance against the kind of expenses Tokyo incurred when the coronavirus outbreak forced its 2020 Summer Games to be postponed for one year.

Some city council members discussed the cost of the Games and the risks to LA at Friday’s meeting. “I need to feel a level of comfort in my guts,” said Bonin, who pressed city officials on potential overruns and insurance policies.

Such coverage became more expensive during the COVID-19 pandemic, leading LA28 to wait for prices to stabilize before purchasing it.

“We are constantly in contact with the market, it is a unique insurance package. Obviously, the more contract revenue we have, the more accurate our costs, the more valuable an insurance package can be, ”LA28 president Casey Wasserman told board members on Friday.

Raman expressed concern over why the city had not secured a deal similar to the one in place before the 1984 Games, saying the city would not be at the mercy of financial overruns.

The organizers have pledged to cover all expenses related to the cost of the Games through contributions from the International Olympic Committee and income from national sponsorships, ticket sales and other sources.

During a committee hearing earlier in the week on the deal, Wasserman said “well over half” of LA28’s expected revenue is contracted.

Some groups have expressed displeasure at the lack of details in the deal approved on Friday. Unite Here Local 11, which represents hospitality workers, wants more details regarding labor standards and hiring black workers, among other things.

City leaders have argued that the Games are too far away to provide such details.

Meanwhile, the proposed municipal spending is now gearing up ahead of the Olympics. LAPD chief Michel Moore said last week that the police department would for the first time seek funds from the city’s budget to prepare for the Games.

The LAPD wants about $ 300,000 in next year’s budget for personnel related to security planning.