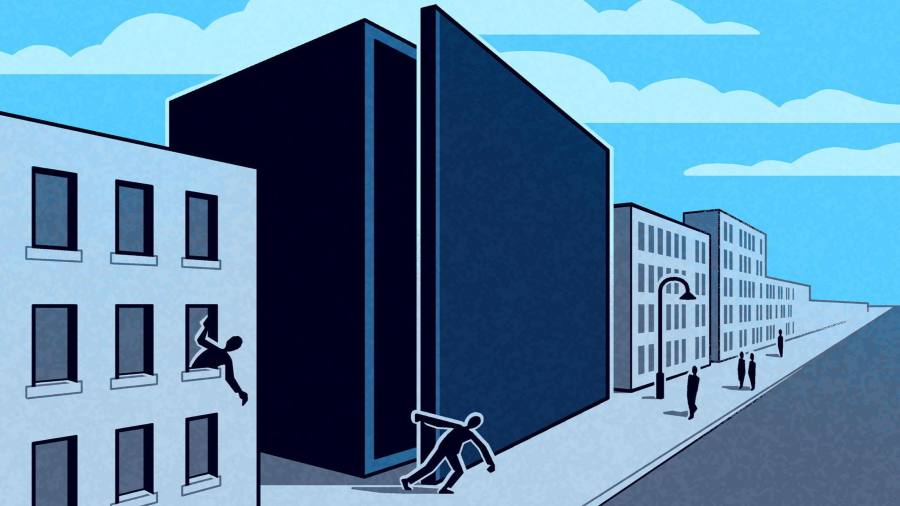 In his famous book The big courtMichael Lewis writes that “when, in 1981, [John Gutfreund] transformed Salomon Brothers from a private partnership into Wall Street’s first public company. . . from that moment, the Wall Street firm became a black box”.

Although Lewis was writing about the banking industry, he was referring to a problem that existed not only at Salomon, or even only in the financial industry, but in almost all American corporations, even public ones. In too many areas, with the exception of basic financial information, companies remain black boxes.

The opacity makes it difficult for regulators, investors, workers and customers to understand important facts, of the full financial risk position of large companies (a 2018 IMF paper notes that off-balance sheet financing has increased since 2007 ), to whether they live up to their espoused values ​​of treating employees fairly.

As the economist Milton Friedman wrote in 1970, the social responsibility of managers is to “earn as much money as possible while conforming to the basic rules of society, both those enshrined in law and those embodied in ethical customs”. Fair enough. But what if companies don’t even release enough data for people to know if they’re following the law or custom?

It’s an issue highlighted by new corporate pay transparency rules that went into effect in New York State last week. The rules, which require companies with four or more employees to include pay scales when posting ads, follow similar laws already introduced in California, Colorado and Washington state. Already, they have revealed a huge bifurcation between the salaries of lower-level employees and those of higher ranks, while demonstrating just how wide (and nebulous) the range of salaries at the top of an organization can be.

“Employees will have questions about their own compensation when they see salary ranges posted on jobs similar to theirs,” says Tauseef Rahman, career practice partner at consultancy firm Mercer.

The issue will be particularly pressing at a time when, according to Mercer, more than 80% of employees believe it is important for employers to adjust wages to reflect the current economic environment (in which wage inflation has not at all kept pace with headline inflation, let alone with soaring housing inflation) – but only 21% of U.S. employers say they have adjusted wages to align with living wages.

The pressure for transparency will increase, even if so does unemployment. Companies will be pushed to get more information beyond fixed compensation – what about non-cash compensation, stock options and different benefit plans? All of these issues are being targeted by a growing number of workers, especially younger workers, who rightly feel that they are not getting their fair share of the corporate pie (the private sector’s share is still at record highs by relation to workers).

But pay transparency is only the tip of a much larger iceberg of corporate opacity. There’s a whole bunch of laws around things like trade secrets and patents that are meant to keep information inside companies. The sharing of intellectual property around vaccines has become a huge global legal battle during the pandemic, as American and European companies were unwilling to give up their patent secrets, even in the face of a global crisis. They were quietly coerced into doing so by governments, in order to speed up vaccine production, even as they fought in public to retain legal protections.

The problem is not solved nor does it go away. While the U.S. constitution itself allows companies to retain patents and trade secrets are protected by state laws, there will be more and more global health crises that will require such information sharing. Governments will need to find a way to ensure that small businesses and innovators can protect intellectual property, while ensuring that corporate monopolies do not block it at the expense of society.

What is true for patents may soon also be true for supply chains. Companies are often reluctant to reveal the information they have about suppliers for competitive reasons. But as many recent supply chain disasters have shown, they often don’t know enough themselves, having outsourced much of the production to other companies and countries.

That’s about to change. As climate rules requiring full disclosure of carbon loads in the supply chain eventually take hold, reporting standards will increase. Moreover, in an era of decoupling, where governments struggle to understand whether they can manufacture crucial products at home, companies will be forced to learn more – and share more – about the risks, both with the public and private sector.

Part of what has allowed such opacity in the United States is that corporations are legal persons and enjoy all the privacy allowed to individuals. But that also changes. In September, the Treasury finalized a rule requiring companies to give far more information about who their owners really are.

It’s time, say scholars like Stanford’s Anat Admati, who studies corporate power and opacity. “A corporate ‘person’ shouldn’t have so much ability to operate in the dark. The forces of ‘free markets’ undermine trust in democratic institutions to control them.”

Indeed, when even Friedman’s standards are not met, things really get very dark.