A joint report by RBKC’s Green Champions Network and the Climate Change Team said continued investment in fossil fuels could pose a “dangerous long-term financial risk for investors”. The report says the world is transitioning to a low-carbon economy and non-renewable energy resources are becoming increasingly redundant.

“Continued fossil fuel investments pose significant financial risks to portfolios, and funds have fiduciary obligations to consider the benefits of decarbonization as part of their investment strategies.”

He pointed out that investing Local Government Pension Scheme (LGPS) funds in fossil fuels could jeopardize his fiduciary duties to younger members, to whom he will provide pensions in the future.

“Funds also have a legal obligation to treat members ‘fairly with each other’. This means taking seriously the longer-term interests of younger members who may well be more affected by the climate emergency,” the report adds.

The report was presented to the RBKC Investment Committee on July 26. The committee manages the functions and duties of the LGPS fund of the authority. 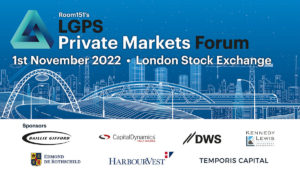 During the same meeting, the investment committee discussed another report from Phil Triggs, tri-borough treasury and pensions manager, which indicated that the council’s legal departments considered the action plan to be he RBKC climate emergency included the pension fund.

Therefore, the authority’s wider activities and pension fund investments must be consistent with the council’s climate plan, which aims to achieve net zero carbon emissions by 2030.

The report states: “The policy therefore applies to pension fund investments and is a policy which the investment committee should take into account when preparing its investment strategy, unless there is good reasons to deviate from it.

But the report stressed that investment decisions to divest from fossil fuels to meet climate goals should not pose a risk to the pension fund.

“The main objective of the LGPS is to provide pensions to its members, but the administrative authorities may take into account non-financial considerations provided that this does not involve a significant risk of financial harm to the scheme and that they have good reason to believe that members of the regime would support their decision,” the report said.

At the meeting, the Investment Committee formally agreed to create a working group with the Treasury and Pensions team from the three boroughs to develop a proposal for the fund’s future investment priorities, which aligns with the board’s net zero policy.

Continuing fossil fuel investments pose significant financial risks to portfolios, and funds have a fiduciary duty to consider the benefits of decarbonization as part of their investment strategies.

An RBKC spokesperson told Room151: ‘The council has set ambitious targets to have carbon neutral operations by 2030 and is already making significant progress, with energy efficient refurbishment underway for our housing stock. and which will soon take place in school buildings.

“It is in the interests of our members that we continue to provide a solvent pension fund, particularly in times of uncertainty. The complexities involved should be considered very carefully before changes are made to current pension plans.

The main objective of the LGPS is to provide pensions to its members, but the administrative authorities may take into account non-financial considerations provided that this does not pose a significant risk of financial harm to the scheme.