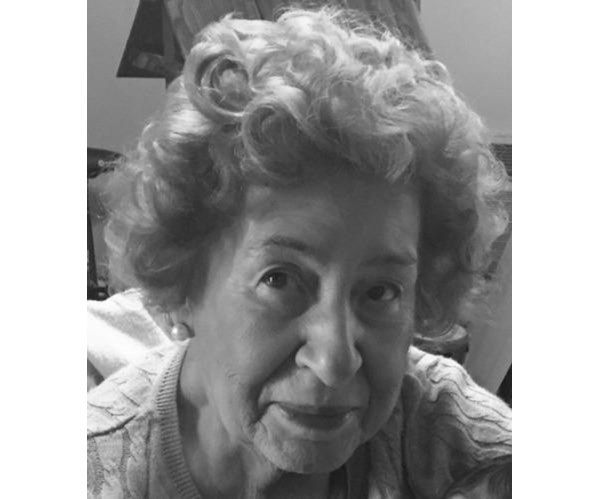 Dorothee Dreisbach
Dorothy “Dottie” Louise (Seal) Dreisbach died unexpectedly on February 9, 2022. After 62 years of marriage, she joined her husband Raymond A. Dreisbach, Jr. who predeceased her by three years.
Dottie is survived by her daughter Mary Elizabeth Peterson and husband Brian of Bethlehem, CT; her granddaughter – her pride and joy and her namesake – Theadora Sultana Peterson, whom she was able to enjoy for almost four years and create a most special bond. She will be missed by her sisters Joan White of Lebanon, MO; Ellen Godbey of Union, Kentucky; June VanWinkle of Erlanger, KY; and Carole McIntosh of Lexington, KY. She is fondly remembered by her step-grandchildren Athena Peterson and Eleni Peterson; his niece, nephews and godson Todd Krauth. She was predeceased by her brother Pinquard “Bud” Seal and her step-grandson Brian Michael Peterson.
Dottie was born in Pineville, KY on September 22, 1933, the daughter of David and Hortense (McCoy) Setters and Mildred and Shea R. Seal. She graduated from La Salette Academy in Covington, KY, focusing on secretarial skills. After graduating, she immediately headed off on her own to the job her uncle was waiting for her at the medical department at Oak Ridge Atomic Lab in Tennessee. While working there, she met Raymond, a young engineer from Pratt & Whitney on loan to the Oak Ridge Atomic Laboratory. They married on September 8, 1956. They moved to Connecticut briefly settling in Essex and then Old Saybrook, CT. Their first family member was a white bulldog puppy, Fanny, short for Lady Fanny Fenwick, named because of Dottie’s interest in the founding story of Old Saybrook. Ray and Dottie were members of the CT Bulldog Club. She worked at the Bond Motors office in Old Saybrook, putting her entire salary into savings bonds cashed for the dream home they had built, just in time to welcome their baby girl. Mother dog Fanny and her litter, Lady Abigail and Sir Roderick, became watchdogs for their daughter. She got involved in her daughter’s pursuits and volunteered in the school library, in classrooms, and as a Brownie Scout leader. She has sewn many dresses, outfits, costumes, stuffed animals and dolls for her daughter which have been rescued and which her granddaughter will now be able to enjoy. She did the sewing and Ray did the fine embroidery work and French knots for the doll and animal faces, using skills he learned from his mother. Few wrinkles appeared on her skin due to her constant use of Merle Norman cosmetics from her 20s until the last day of her life. She was an instant coffee connoisseur with always a cup nearby, and dressed in Pendleton wool, her standard uniform for church and dressy activities. She kept in touch by letter with her school teachers and maid of honor, Margene Lyon, throughout their lives, and by telephone with other friends she had known for many years.
The Knights of Columbus and St. John’s Church were his second family and his second home. While Ray was a staple as usher for Saturday Mass at St John’s Church, Dottie was also behind the scenes in the back pew for decades, and in recent years in the front row once she started using a walker. She was nicknamed “Patience” by Father Hanks, which became his name for her for years. She was a founding member of the P. Hussion Council Columbiattes. Although Ray has held many positions in the Knights of Columbus, most recently as financial secretary, it was Dottie’s handwritten notes, receipts and membership cards that the Knights received.
She was grandmother to Theadora, giving her the original pink owl for her first Valentine’s Day which will forever be treasured in Theadora’s growing collection of owls. She loved teaching her letters, numbers, animals, reading to her and doing puzzles with her. Although she did not play a musical instrument, she encouraged musical talent and gave Theadora her first piano and drums.
She has spent the last 7 months in a flat at Watermark in Southbury. Despite her strong will to stand and walk, her continuous exercise to gain strength, her determination was not enough, and her body had had enough. She was a woman to the end, calm, kind and friendly to everyone, with full mental capacity, despite the pains and limitations of her body. She woke up the last morning, sat up in bed, said her Rosary and died. Despite long, immediate CPR efforts, she was gone.
Friends and family may visit Tuesday, February 15, 5-7 p.m., at Swan Funeral Home 1224 Boston Post Road, Old Saybrook. A Christian Burial Mass will be held Wednesday, February 16 at 10:30 a.m. at St. John’s Church, 161 Main Street, Old Saybrook. Interment will follow at Resurrection Cemetery in Westbrook.
Memorial donations may be made to St. John’s Church, 161 Main Street, Old Saybrook, CT 06475. www.swanfuneralhomeoldsaybrook.com

Published by The New Haven Register on February 12, 2022.