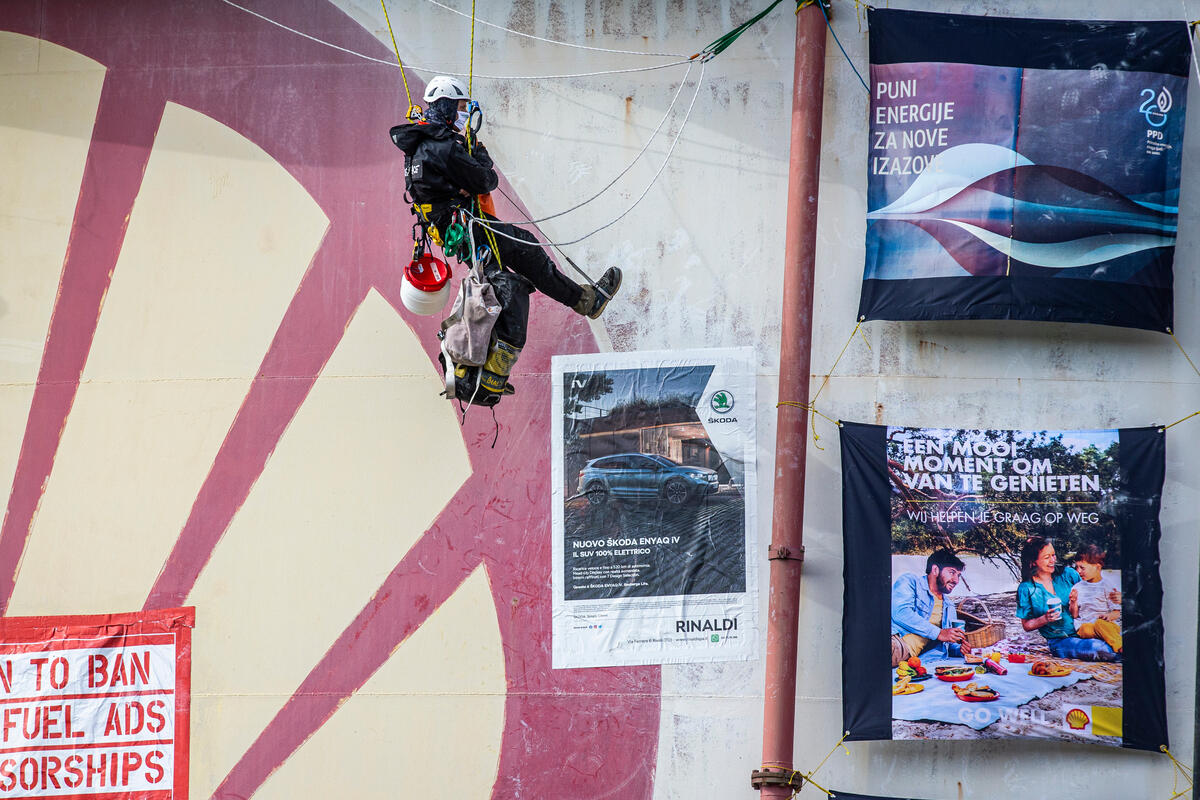 The researchers used established social science methods to track the brands’ social media activities and analyze the images and text in the companies’ posts.[1][2]

Amina Adebisi Odofin, Greenpeace campaign manager, said: “This report shows that many of these companies are devoting more online airtime to sports, good causes and fashion than to their multi-billion dollar fossil fuel-powered operations. This sports wash and alarm clock is driving sales of climate-destroying products, while fueling international conflict and human rights abuses around the world.If we are serious about fighting the climate crisis, we need a ban on fossil advertising.

Findings include that only one in five “green” car advertisements sold a product, the rest worked primarily to present the brand as being green. One in five positions at oil, auto and airline companies used sports, fashion and social causes – collectively referred to as “hijacking” – to distract from the companies’ essential business roles and responsibilities. Companies variously imagery drawn from nature, depicting women, non-Caucasian people presenting non-binary presentations, young people, experts, sportsmen and celebrities to reinforce their messages of greenwashing and misdirection.[3]

Two-thirds (67%) of oil, auto and airline social media posts painted a glow of “green innovation” on their business operations, which the authors identify as representing a variety of types and scopes of greenwashing. Automotive brands were far more proactive on social media than airlines and oil companies, generating on average twice the output of airlines and four times that of oil and gas companies. Only a tiny handful of posts made explicit reference to climate change, despite Europe’s record summer.

Geoffroy Supran, Research Associate in the Department of History of Science at Harvard University and lead author of the research, said: “Social media is the new frontier of deception and climate retardation. Our results show that, while Europe was experiencing its hottest summer on record, some of the companies most responsible for global warming remained silent on social media about the climate crisis, choosing instead to use the language and imagery to strategically position themselves as green, innovative, charitable brands.

The report confirms that social media is the new frontier of climate misinformation and deception, allowing fossil fuel interests to engage in what the researchers call “strategic brand positioning.” This is an evolution of public affairs tactics employed by the tobacco industry, which has successfully blocked regulation of its deadly products for decades.

Yesterday, UN Secretary-General António Guterres addressed world leaders at the UN General Assembly, calling for a closer look at the fossil fuel industry’s “massive public relations machine”. which brings in billions to protect the fossil fuel industry” and compared her to the tobacco industry lobbyists and spin-docs who successfully blocked regulation of her deadly product for decades. [2]. Greenpeace and 40 other organizations are launching a European Citizens’ Initiative (ECI) petition, calling for a new tobacco-like law that bans fossil fuel advertising and sponsorship in the European Union.

EU climate and energy campaigner Silvia Pastorelli said: “One of our most surprising findings is that the European oil, car and airline industries are subtly but systematically appropriating the beauty of nature in their social media content to ‘green’ their image. public. Automotive brands, in particular, are much more proactive on social media than airlines and oil companies. This means automakers are playing a much bigger role in shaping the public narrative on climate, fossil fuels and the energy transition. This ubiquitous and powerful public affairs technique lurks in plain sight and demands closer examination. This is a systematic greenwashing effort that must be countered with a legal ban on all fossil fuel advertising and sponsorship across Europe, as has happened with tobacco.

[1] Methodology: The survey analyzed 2,325 posts between June 1 and July 31, 2022 from 375 accounts on five platforms (Twitter, Instagram, Facebook, TikTok and Youtube) of the 12 largest car brands and the 5 largest airlines (by market capitalization) and the 5 largest fossil fuel companies. (with greatest historical cumulative greenhouse gas emissions 1965-2018). 145 textual and visual variables were coded in content analysis using a statistical test (Fisher’s exact test) for associations between all combinations of independent variables.

[2] Research team and leader: The research was conducted by a team of Harvard researchers and computer scientists from the Algorithmic Transparency Institute. The research was led by Geoffrey Supran of Harvard, whose publications include the first-ever peer-reviewed analysis of ExxonMobil’s 40-year history of climate change communications, which demonstrated that the company has misled the public about climate science and its implications.