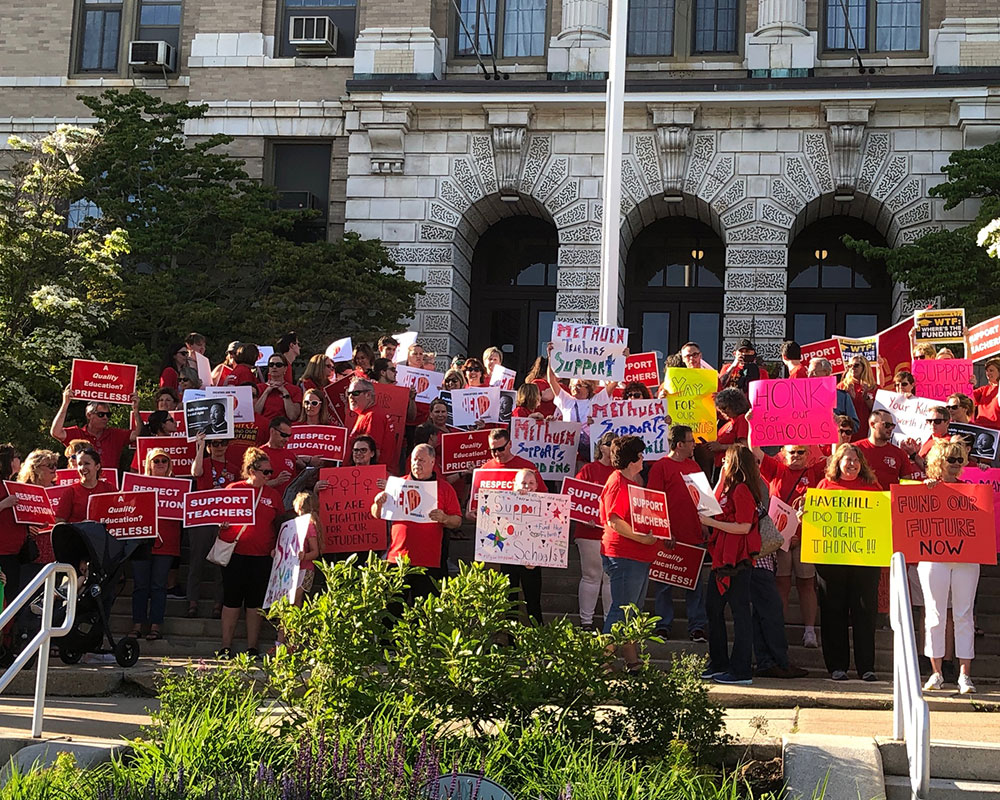 Haverhill Education Association president Tim Briggs told WHAV on Thursday afternoon that the union strongly contests the claim that teachers received a 10 per cent raise three years ago. He said the city counts increments for education and longevity rather than the accepted freshman of 1.75%; 1.75% the second year and 2% the third year of the contract.

“It’s not a raise. It is not an increase in the cost of living. Honestly, the reason most of us climb these milestones is the education we pay for,” Briggs said. This time around, he said, the union initially offered three-year increases of 10%, 6% and 6%, bringing demand down to 8, 6 and 5% respectively and now at 7, 6 and 5%. He said the city’s supply went from 1.5% in each of the three years to 3, 2 and 2%.

Briggs said the city’s statements over the past few days were written by a paid Boston public relations firm.

School committee member Richard Rosa, who helped negotiate the contract three years ago, said regardless of their name, walkability and longevity increases are always a cost to the city. Rosa is not among the negotiators this year.

In a separate statement, the teachers said they had “worked without a contract for over 100 days. After several rounds of negotiations with the school committee, we have not reached any agreement in principle.

“Our students deserve and need a more diverse teaching body. They deserve and should be in appropriate learning environments. They deserve and need educators who have the time to prepare, plan and collaborate with their colleagues,” the union said. These improvements, they added, will have a “direct impact on the quality of education we can provide to students”.

The statement came as state labor officials convened city negotiators and union leaders. The outcome of those talks was not known as of the news deadline.

In addition, according to the union’s statement, they seek to “attract the best possible educators to our district,” to get proposals approved that also address the health and safety conditions of our school buildings.

“The school committee has not even engaged in discussions on these issues which are crucial to us,” the statement said.

City negotiators, represented by school committee members Scott W. Wood Jr., chairman, and Paul A. Magliocchetti, in a statement Wednesday, said the union’s revised wage increase offer “continues to work.” ‘be in any way affordable to the town of Haverhill and its people.’