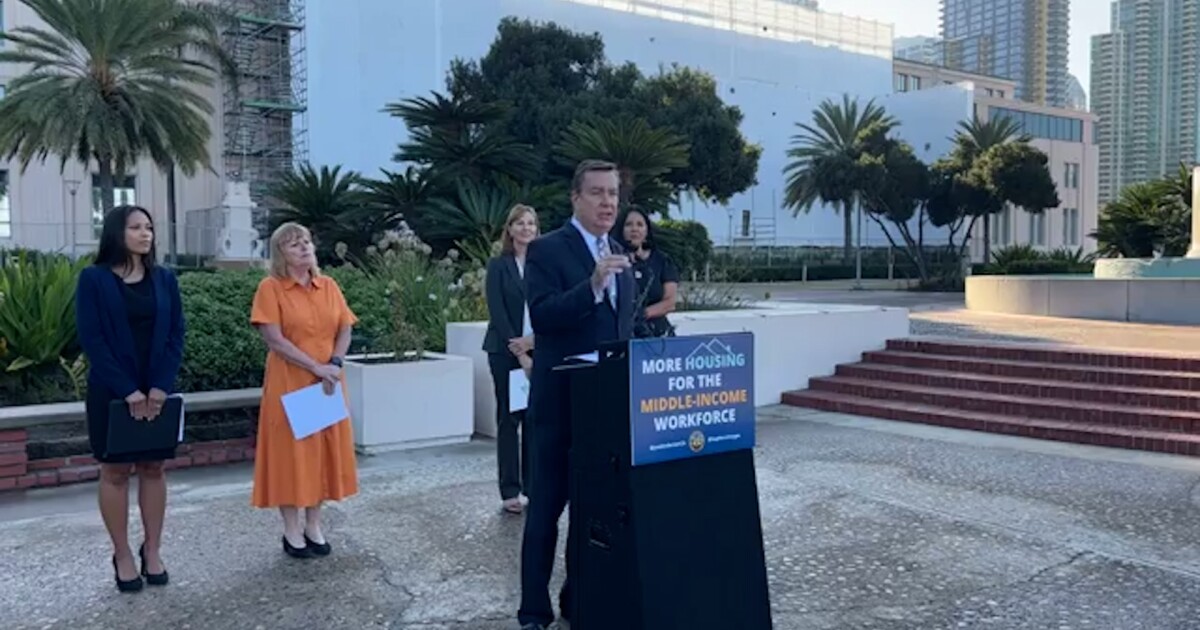 People who work in construction and housing finance call it the “missing middle”.

San Diego County Supervisor Joel Anderson identified the issue Tuesday morning. “With an average housing cost over $900,000…the average median income is not high enough, because it takes a quarter of a million dollars a year to afford such an expensive home,” he said. -he declares.

This means that an ever-increasing number of workers are moving away or settling in remote locations, such as neighboring counties or Mexico. And that’s not good for San Diego’s economy.

Holt Pfeiler and Anderson spoke at a press conference ahead of Tuesday’s County Board of Supervisors meeting. The council unanimously approved a plan directing county staff to develop a pilot workforce program to create incentives to stimulate rental housing construction and home ownership for people whose average median income is between 80% and 120%. Housing would be deed restricted, so only people in that range would be eligible to buy or rent it.

The program should include a revolving fund that would lend money at very low interest rates to buyers and tenants. As this money is repaid, it goes back into the fund.

The underlying idea is between a public and private partnership.

“Today, the San Diego Regional Chamber of Commerce is proud to be here among those working alongside the county to create equitable housing solutions. We look forward to helping pave a better path for our region’s current and future workforce to stay here in San Diego,” said Agneli Calinog, media relations manager for the San Diego Regional Chamber of Commerceone of the groups supporting the new plan.

“We know home ownership is the most powerful tool to close the racial and ethnic wealth gap,” Vargas said.

A proposed plan will be presented to supervisors in six months.