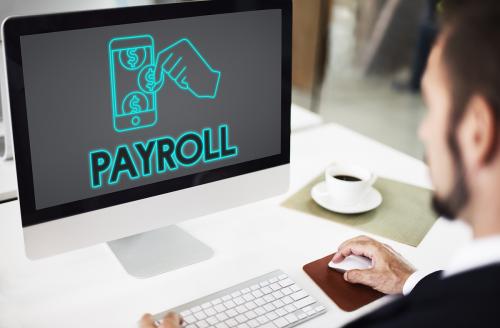 First, the law would require all employers to regularly provide pay stubs and initial salary information.

Second, the law would change the collection of wages by requiring payment at the wage rate agreed to by the employee, rather than minimum wage or minimum overtime wage rate, which the FLSA has never done and notes. traditionally within the purview of state laws. This would explicitly include rates established in collective agreements.

Third, the law would change final paychecks by requiring full payment of any remaining wages to be paid no earlier than the scheduled payday or 14 days after termination.

Fourth, the law would require employers to retain employee records for five years and allow inspection of those records within 21 days of any employee request.

Fifth, the law would change FLSA class actions from an “opt-in” model to an “opt-out” model, similar to most current class actions and a significant change from the way FLSA representative actions have always worked.

Sixth, the law would invalidate and bar all arbitration agreements and class action waivers arising under the FLSA, reversing Supreme Court precedent.

Finally, the law would increase both civil penalties and recoverable damages for almost any violation.

In the wake of Congress passing a law a few months ago prohibiting the application of pre-dispute arbitration agreements in sexual assault and sexual harassment cases, the law appears to be part of a broader trend disfavoring the use of arbitration agreements, in addition to creating various additional federal rights. If passed successfully, this legislation would upend otherwise well-established legal doctrines, such as those surrounding the Labor-Management Relations Act, and increase both the risk and severity of FLSA class actions.

Beyond the additional threat of litigation, this law would likely increase the frequency and scope of investigation and enforcement action by the Department of Labor’s Wage and Hour Division (“Division”). For example, this law would oblige the Division to enforce collective agreements and other contracts, which it did not do before. Some noted that these demands would strain the already overstretched agency, so the increased stock would not be an immediate result. Others, like the bill’s co-sponsor Bobby Scott (D-Va.), noted that House Appropriations Committee Chair Rosa DeLouro (D-Conn) is a strong sponsor of the bill. law and would be well placed to ensure the Division has the resources to begin targeting employers for enforcement.

Although no immediate action is required, since it remains to be seen whether the bill will pass the House and go to the Senate, this bill serves as a useful reminder that it is much easier to build an airplane ground than trying to build it in the air. Employers will want to ensure compliance with applicable state law on employee records, compensation practices, and compensation disclosures, as well as monitor compliance with collective bargaining agreements and other employee contracts, well in advance of notional adoption. of this bill.