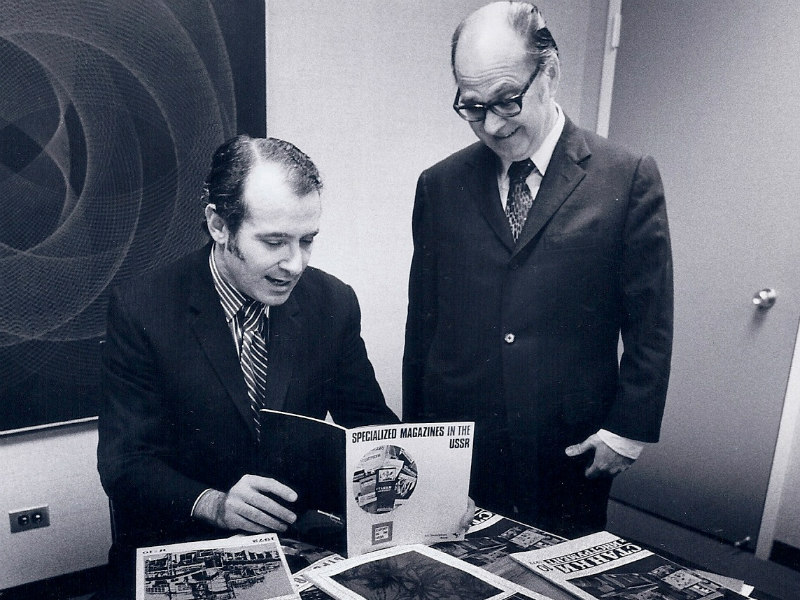 To call Robert S. Leaf an extrovert would be an understatement. Bob would never miss an opportunity to meet people, be it coworkers, friends, clients, strangers, anyone for that matter. He would do it in the office, in cafes, restaurants, theaters, anywhere. Many of the people he met this way have become lifelong friends. He has been instrumental in the careers of countless public relations practitioners. Powerful people in business and politics relied on him for advice.

Bob was hired by Buck Buchwald as Burson-Marsteller’s first intern. His many talents were recognized almost immediately. He was among the very first members of the firm to embrace Harold Burson’s vision of building a global business. And, over time, he has embodied that vision with a vigor that has made the company the world’s largest in size and a leader in quality. Bob’s entrepreneurial spirit took him from the United States to Europe, then Southeast Asia, Australia, China, the Middle East, Latin America.

Bob Leaf didn’t need millions of dollars to buy agencies. He would fly to the city, rent a room in a cheap hotel, and start his business. He instinctively knew who to hire. Soon, prosperous and rapidly growing Burson-Marsteller offices sprang up everywhere. Organic growth was the key word.

This concept and the culture that emerged from it made the firm a close-knit family of friends that exists today. Stars emerged, some of whom would later become CEOs of competing companies. Bob led China’s opening-up effort and signed a deal with the national news agency which, at the time, seemed like an impossible thing to achieve. Not for Bob Leaf however.

Supported by his wife AdÃ¨le and their son Stuart, this quick-witted, very intelligent and learned gentleman lived the 89 years of his life. He was generous and supported his friends in need. He was in love with the arts and supported them all his life. And always with a lot of humor. He was passionate about his job as a communicator and has remained active until very recently. Rest in peace my friend.