When the media covered the Black Lives Matter protests of summer 2020, they wrestled with questions about “objectivity.” Some journalists spoke out against traditional journalistic standards which they considered constraining on the possibility of reporting on the protests and whose opinions were considered neutral. The movement culminated with Wesley Lowery’s The New York Times opinion piece, “A judgment on objectivity, led by black journalists.” Since then, some outlets have made changes to their policies that allow journalists to participate in certain forms of protest.

As the media debates its ethics policies, black journalists have raised the question: Who were these “classic” journalistic standards originally intended to serve? As Lowery pointed out, “the views and inclinations of whiteness are accepted as the objective neutral.” In fact, the white press in America has a habit of playing fast and loose with its ethics and disguising racism behind a veil of objectivity.

A key example came 65 years ago, when 20 New England reporters went on a pro-segregation tour of Mississippi and reported on the state’s race relations. In 1956, this group of reporters and editors from the New England Press Association took a trip to Magnolia State, where a state-funded segregationist organization tasted and dined them as part of a mission aimed at creating positive press about the “separate but equal” status of the state. what. After a carefully organized week of touring, many reporters returned home to publish articles and editorials favorable to the “Negro problem” in Mississippi. The junket was a propaganda stunt for Mississippi.

It was also a desperate attempt to preserve a white supremacist power structure that Mississippians felt was crumbling. Two years earlier, the United States Supreme Court ruled in Brown v. Board of Education that racial segregation in public schools was unconstitutional.

So if not objectivity, then what? Masha Gessen and Lowery might suggest “moral clarity,” an ideal that gained traction after Lowery’s article appeared in The Times, and Gessen published “Why Some Journalists Are Afraid of Moral Clarity” in the Department of ions, saying its mission was to educate the American public. about life in Mississippi. Behind closed doors, however, the organization has operated as both a spy agency and a propaganda hub — monitoring black Mississippians and civil rights activists and working to reverse civil rights advances while shaping the coverage of segregation outside the South.

One of the MSSC’s priorities was to stifle northern criticism of southern segregation. Hal DeCell, MSSC’s first public relations director, also served as editor and publisher of the Deer Creek Pilot, Sharkey County’s most widely read newspaper. DeCell’s role as editor and co-owner of the Pilot gave him a firm footing in the all-white boys’ club of the 1950s mainstream newspaper industry.

Obsessed with positive portrayals of white supremacy in the South, DeCell took a trip to Cape Cod to attend a meeting of the New England Press Association. The he invited journalists on a week-long, all-expenses-paid tour of Mississippi to “see for themselves the racial situation in the state”. He flew the 20 men to tour the state from October 6 to 14, where he entertained them and took them on a tour designed to portray Mississippi as “separate but equal.” After Brown v Board of Education, public perception of segregation was becoming increasingly critical. DeCell acknowledged this — his goal was to challenge the Supreme Court’s decision and forge an image of successful Southern blacks under segregation.

“Mississippi has been the target of more acrimonious and baseless antagonistic lies and/or misrepresentations – amounting to the mass slander of all Mississippians – than any other state in history,” reads one. press release created by MCSS. brochure which was sent to the media the same year as the tour.

The group spoke with Governor James P. Coleman. For two hours, Coleman pushed an anti-integration agenda, saying the state wouldn’t integrate for the next 50 years. “We have to have segregation if we’re going to have any public education,” Coleman told reporters.

Throughout the week, the group shuttled to locations selected by the commission to illustrate the state’s “separate but equal” facilities. Journalists were allowed to do their own exploration at night, but, in an unfamiliar state without a tour guide, it was difficult for them to stray far from the towns in which they were staying.

Tour destinations included the predominantly Black Delta region, the almost all-Black town of Mound Bayou, the newest and best all-Black schools in the state, a steamboat trip on the Mississippi River, and a weekend at a gulf coast resort. Save the Station, DeCell handpicked these locations to paint the best possible picture of a contented black community in Mississippi — intent on proving that segregation was good for everyone.

The problem wasn’t just that it was a lavish trip, touted to reporters as an all-expenses-paid vacation. Although the ethical standard prohibiting journalists from accepting gifts was not officially established until 1975, when the American Society of Newspaper Editors adopted a statement of principles condemning this practice as a conflict of interest, even some Libertarian editors in 1956 would have raised an eyebrow at the MSSC party.

But the problem was also, more importantly, the way the mainstream news industry confused objectivity – a well-known professional standard –established since the 1920s – with white outlook. Those white New England reporters who visited Mississippi may have believed they were analyzing the facts rationally and without bias. But their journalistic “objectivity” has often served as a cover for the biases inherent in their coverage of Mississippi race relations.

Some articles criticized the state and segregation. (Time magazine published a article who compiled some of the reviews.) But some stories were pro-segregation and displayed a range of racist ideas.

“I don’t see integration happening in the state of Mississippi in my time,” read an op-ed written for The Associated Press by Foxboro Reporter editor J. Clark Samuel. The editorial, which portrayed black Southerners as content to remain in a segregated society, was published by at least 19 newspapers in 13 states, including the Miami Herald. “We were served in hotels and restaurants by jolly Negroes who seemed proud of themselves and their work,” the editorial continues. “They were just simple people going about their daily business.”

The Mansfield News wrote that Mississippi is “happy as it is” and is “perfectly happy to establish ‘equal but separate’ facilities for Negroes”. The Belmont Citizen claimed that black Mississippians did not hesitate to vote because of voter intimidation, but because “the status of the average Southern Negro is such that he’s just not interested in voting. “. The Wellesley Townsman acknowledged that “Mississippi has a problem” but felt it should be “solved by Mississippians”. While all three of these articles included black Mississippians as sources, most were selected to appear in favor of segregation. Even the Boston Globe, which provided a detailed and critical account of the Mississippi “way of life”, wrote that “neither race is ready for integration”.

Virtually all of the articles used the terms “Mississippi” and “Mississipians” to refer to white citizens of Mississippi, as if blacks weren’t really part of the state. That is, New England reporters assumed whiteness was the normative perspective for Mississippians — and for themselves and New Englanders as well.

To display its public relations success and justify spending taxpayer dollars, the MSSC released “The Report to the People,” a compilation of media coverage of the trip. “We believe the tour was a huge success and will be a great benefit to the state for years to come,” DeCell said.

The Northern press, dominated by white owners, editors and reporters, was complicit in amplifying the pro-segregation message that Mississippi officials crafted for them. The standard of “objectivity” led many not only to favor powerful white official voices over those of black leaders and Mississippians, but also to replicate existing hierarchies of power and social caste while claiming neutrality.

So if not objectivity, then what? Masha Gessen and Lowery might suggest “moral clarity,” an ideal that gained traction after Lowery’s article appeared in The Times, and Gessen published “Why Some Journalists Are Afraid of Moral Clarity” in the New Yorker. For both, moral clarity is a search for truth guided by facts, context, and clear moral values ​​that might have been set aside under journalistic objectivity.

Objectivity, which originally meant rigor of proof but has too often been practiced as naïve empiricism and neutrality, remains the status quo. Many news outlets further reinforce the traditional hierarchies that have allowed standards to remain unchanged for decades. Over the next few years, journalism may see a shift as young journalists rise to the top. The current generation of promising journalists, namely studentswomen and people of color, is about to reform these standards.

“We need to fundamentally reset the standards in our field,” Lowery tweeted in the summer of 2020. “The old way must go.” 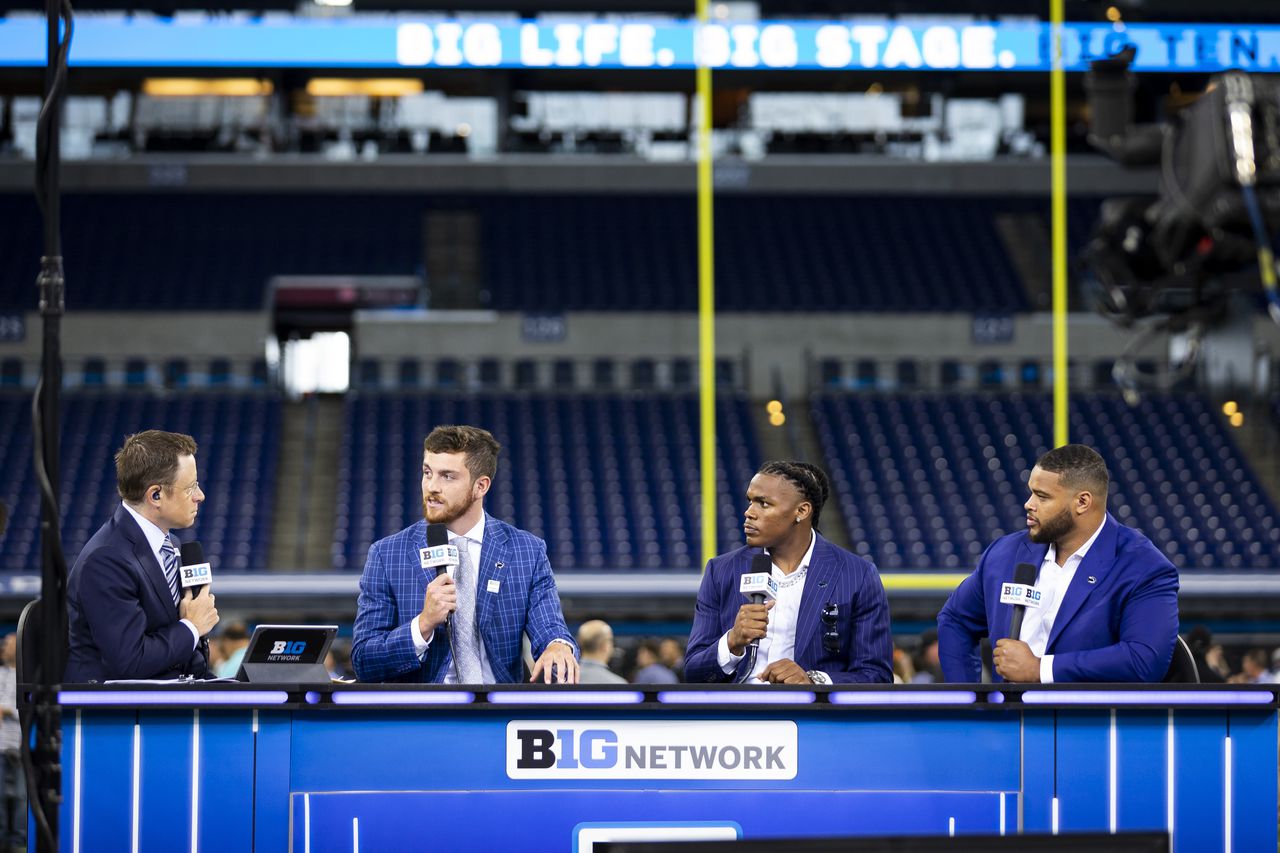