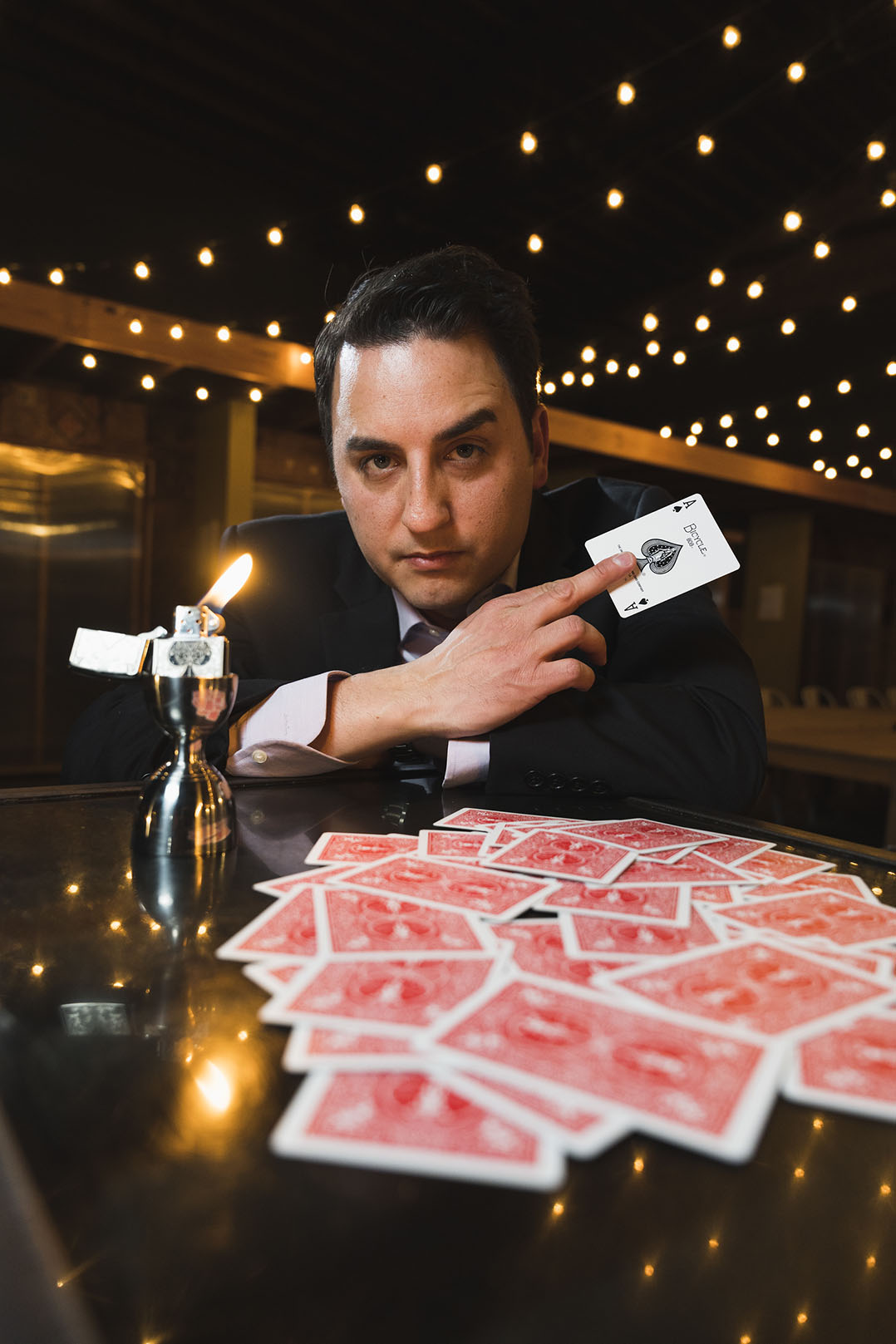 David Ranalli is certainly practiced in the art of deception.

“I met (famous magician) David Copperfield when I started (at 13), and I started doing magic in different kinds of restaurants when I was about 14,” Ranalli said. . “I studied communications and public relations at Southern Illinois University. I use a lot of that (experience) on my show and to support my career.

The 34-year-old Indianapolis resident began performing regularly at Feinstein’s Cabaret at Carmel’s Carmichael Hotel in August. He will perform his show “Deception: An Evening of Magic & Lies” at 7:30 p.m. on October 27. He returns on November 23 with his performance once a month.

“I have to appear until January and hopefully they will want me to continue after that,” he said.

In addition to performing, Ranalli performs magic at corporate events and conducts persuasion and influence workshops for corporate meetings.

Ranalli said Feinstein was a perfect place for him.

“It was a nice, high-energy room,” Ranalli said. “Everyone shows up ready for the magic. I put them on and it’s a really interactive show. I love it.”

Feinstein’s doors open at 5:30 p.m., so Ranalli shares some magic while guests dine. His hour-long show starts at 7:30 p.m.

“There’s definitely a sleight of hand in the stage show,” Ranalli said. “There are also a lot of thoughts reading and influencing people, sort of in the mentalism category of magic. You’re playing on people’s natural instincts and getting inside their heads a bit.

The performance is primarily for ages 12 and up.

Originally from Chicago, Ranalli has lived in Indianapolis for 10 years. He still performs frequently in Chicago, where he has family.