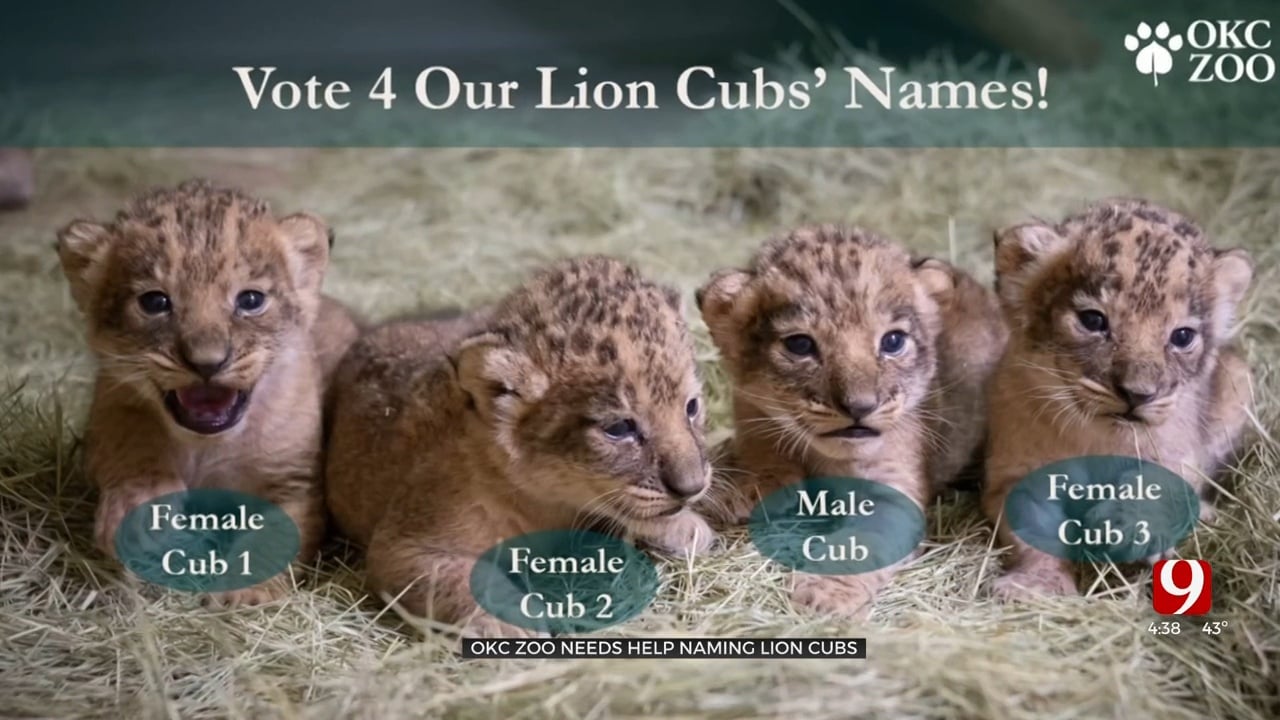 The Oklahoma City Zoo needs the public’s help in deciding what to name its four lion cubs, the first such cubs born at the zoo in 15 years.

“The cubs are healthy. Mum too, and the cubs are growing. They are becoming more mobile every day,” said Candice Rennels, director of public relations at the zoo.

The cubs are not yet visible to the public. But Rennels said the goal is to get them ready this winter.

“They need to be large enough to safely navigate their outdoor habitat,” Rennels said. “It’s a very important time for mum and the little ones because the little ones are still breastfeeding.”

In the meantime, to carry on a tradition, the zoo is asking the public to help decide on the names of the cubs.

“When we got the cubs 15 years ago, we had a naming contest for those cubs,” Rennels said.

There are three groups of names that the public can vote on by visiting www.okczoo.org/lion-names.

The second group includes names inspired by nature to honor the mother of the cubs, Dunia, which in Swahili means “Earth”. The names are Nyasi (nee-asi), which means grass, Mlima (m-lima), which means mountain or hill, Mti, which means tree or wood, and Mwamba (mwam-ba), which means rock.

Rennels said voting was open until the end of Monday, November 7and the zoo will announce the names of the winners on Wednesday, November 9. By Thursday, the zoo had already received about 3,800 votes, Rennels said.

African lions are considered vulnerable so it is very unique that we have these four cubs and we have this opportunity,” Rennels said.