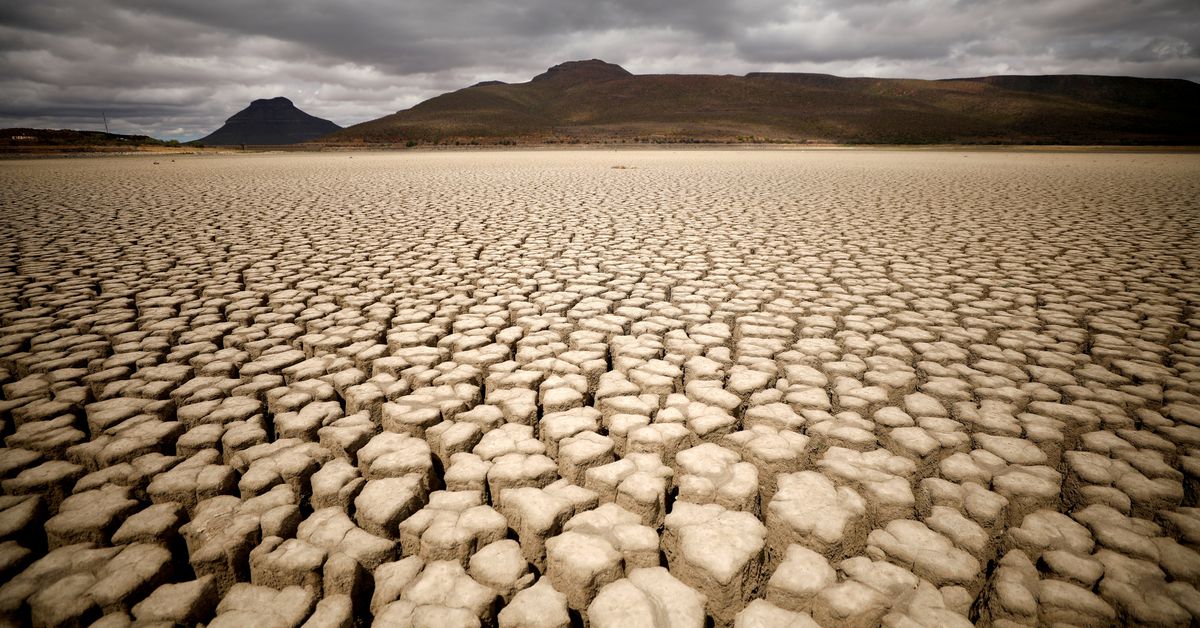 The world’s leading central bankers agreed on Friday that they have a clear role to play in tackling climate change and stepped up calls for banks, businesses and others to be required to declare their exposure to the looming crisis.

A three-day “Green Swan” conference – its name is a variation of the “black swan” theory of major systemic shocks – brought together leaders of the world’s largest central banks, policymakers, academics and business . Here are some of the main takeaways.

All agreed that efforts had accelerated since former Bank of England Governor Mark Carney dared to suggest in a now famous 2015 speech that climate change could lead to financial crises, stranded assets and a collapse in living standards.

The Network of Central Banks and Supervisors for Greening the Financial System (NGFS), established four years ago, now has 91 members in territories covering 88% of the global economy and 85% of global emissions, said NGFS President Frank Elderson at the event.

There have been a few striking examples of like-minded approaches: The Governor of the People’s Bank of China, Yi Gang, estimated that his benchmark of what constitutes environmentally sustainable assets has converged by around 80% towards a separate taxonomy produced by the European Union.

But overall, the big risk was seen as a lack of coordination between all the channels put in place to assess and address climate risks and consider how central bank policy can be made greener.

IMF Managing Director Kristalina Georgieva has estimated that there are now as many as 200 separate frameworks to deal with climate risk that could lead to a fragmented approach. “We have to go towards the shrinkage,” she said.

TOO LITTLE, TOO LATE?

No one had any illusion that the efforts so far to retool the financial system were about to help the world meet the Paris Agreement target of capping temperature rises at 1.5 degree above pre-industrial levels.

Bank of England chief Andrew Bailey said his bank – one of the most forward-looking ones – was exploring ways to green its monetary policy portfolio after a disclosure report from the last year showed that the carbon footprint of its holdings was consistent with an increase of up to 3.5-4 degrees by 2100.

And economist Joseph Stiglitz estimated that even the decision this year by the Biden administration to base federal decision making on an increase in the cost of carbon to $ 51 per tonne would imply an equally alarming rise in temperature.

“This has profound implications as it suggests a lack of credibility in politics,” he warned.

The President of the European Central Bank, Christine Lagarde, recalled that an initial examination of the efforts of euro zone banks to account for their exposure to climate risks was “not entirely satisfactory” and that the banks were now “warned” to do better by a review scheduled for 2022.

DATA GAP: FROM VOLUNTARY TO MANDATORY

A major theme was the insufficiency of current data on the exposure of financial players and companies to risks linked to climate change and the need to apply better reporting.

The head of the German Bundesbank, Jens Weidmann, said his team had discovered that only a minority of companies were taking this seriously.

â€œThe researchers concluded that the companies were handpicked to report primarily non-material information on climate risks,â€ he said.

Lagarde warned that it was time to move away from the largely voluntary, private sector-led approach to climate risk disclosure that looked like the same kind of light regulation in place before the 2008/09 financial crisis.

â€œLook where this has taken us,â€ she said sadly.

The call was backed by Banque de France director FranÃ§ois Villeroy de Galhau, who noted that France has already taken the path of mandatory climate risk disclosure and urged major economies to follow suit. here the end of the year.

Thierry Philipponnat of the NGO Finance Watch warned, however, that the lack of data should not become an excuse not to act. “It’s a convenient but dangerous understatement because we don’t have the data and never will.”

Elderson of the NGFS praised that there was now “no taboo” in the debate on the role central banks can play in tackling climate change. That said, there are still clearly some roads that some are very reluctant to take.

US Federal Reserve Chief Jerome Powell reiterated his bank’s view that the battle must be fought by elected officials and, as such, climate change is currently not a directly addressed issue. counts in its monetary policy. “We are not, and we do not seek to be, climate decision makers as such,” he added.

In the meantime, there were signs of change in the ECB’s internal debate on this matter. The Bundesbank’s Weidmann – so far reluctant on the matter – has opened the door to the inclusion of green criteria under which the bonds were bought as part of the ECB’s stimulus packages.

“If no adequate solution can be found here, the Eurosystem should adopt alternative measures (…) by limiting, for example, the maturities or the amount of corporate bonds of certain sectors and issuers of the monetary policy portfolio of the ‘Eurosystem,’ he said. Read more .

Glasgow, via London and Italy. G7 finance ministers meeting this weekend in London are expected to endorse a call for mandatory climate risk disclosure, according to a draft statement leaked to Reuters. Read more

Italy’s G20 Presidency has scheduled July meetings in Venice and Naples and a summit October 30-31 in Rome as part of efforts to accelerate the global effort on climate change at the United Nations Conference on Climate Change. climate change in Glasgow from November 1.