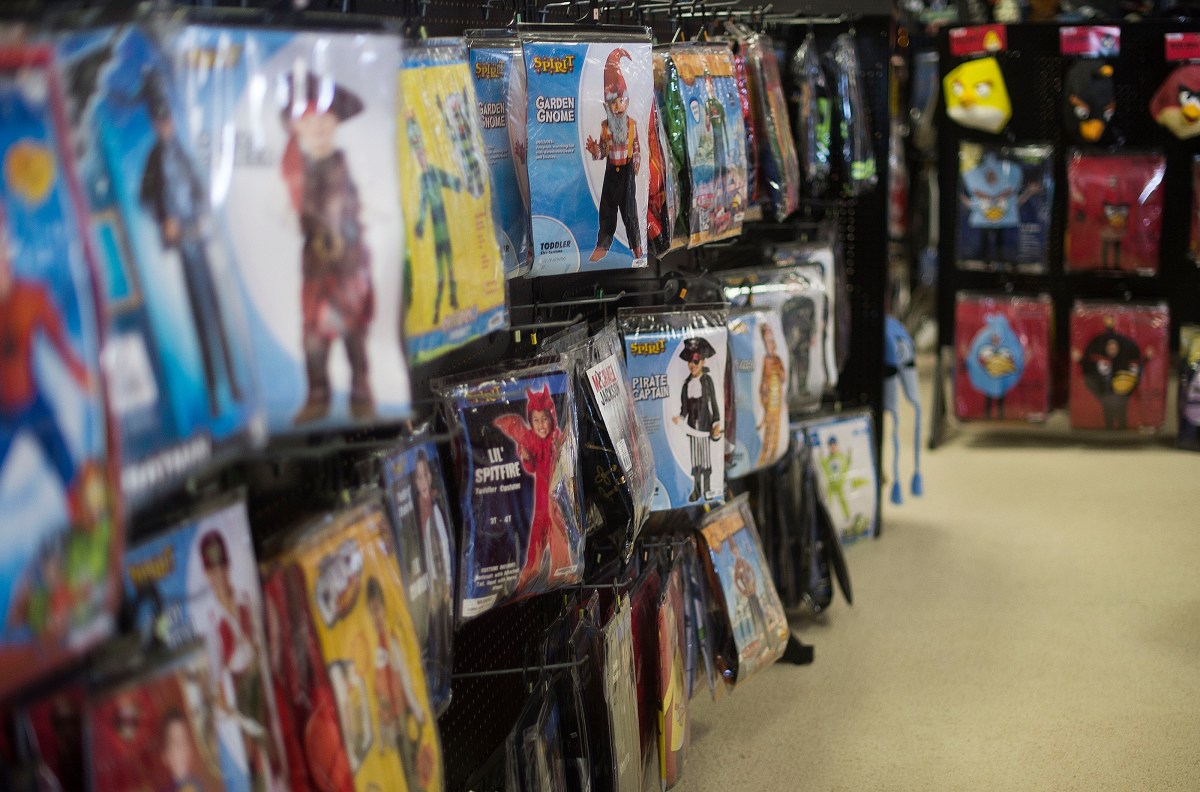 Like clockwork, the Spirit Halloween pop-up chain is rising from the grave to take over vacant retail stores this time of year, selling costumes and decorations for the season.

As the pandemic has closed some retail locations, Spirit Halloween has grown, with 3% more stores in 2021 than in 2020, according to Axios.

The pop-up chain operates 1,425 stores in the United States and Canada this year, and even took over the original Barneys on Seventh Avenue in New York City.

Driven by pent-up demand, Halloween spending is expected to hit a record $ 10 billion, from around $ 8 billion in 2020, according to the National Retail Federation.

Spirit’s seasonal ubiquity has inspired memes featuring the store’s Grim Reaper banner on landmarks like the Coliseum and the White House. Because they only rent these locations for a short period of time, Halloween retailers can often get a good deal, Marketplace reported in 2015.

Spirit said it was seeking a three-month lease to set up its stores, browsing the locations between January and August. Its stores are open from Labor Day to November 1.

“The stores have struggled and there are probably more empty properties than ever. So that’s great for anyone who’s in a Halloween business, ”said Sucharita Kodali, analyst at Forrester.

Party City said it plans to open up to 100 Halloween City pop-ups this year, quadruple its number from last year (but a drop from 2019).

Kodali has said in the past that a lack of real estate openings means you have to sign a very long lease.

“But between the internet and the store closings, the Halloween pop-up basically got some oxygen,” she said.

Kodali said COVID-19 has pushed store closures further, even though they are already on the decline. She highlighted the great retail apocalypse of 2017, when thousands of stores closed and several retailers filed for bankruptcy (including Toys R Us and Payless).

Jonathan Miller, president of the Miller Samuel rating and consulting firm, said “excessive retailing” has been a problem for the past five to seven years.

He said that’s in part because more people are ordering products online through sites like Amazon. And on top of that, he said, consumers have had around 14 or 15 months to get used to ordering online because of the pandemic.

Catherine Loy, senior vice president and director of specialty leasing at JLL, said the pop-up business model has become more popular in recent years. Established companies, seeking to market their products, were responsible for many of these temporary stores.

“The pandemic made it even more attractive, because of its nature. You show up and do what you need to do, ”Loy said, noting that you can build your business without long-term commitments or financial risk.

Retailers who normally didn’t think of pop-ups as a business model are now considering it or have launched their own, she added.

Loy said that when there are a lot of vacant storefronts, you would expect the average rent on the property to drop. When you compare a long term lease to a short term contract, she said that the short term is less risky.

However, if everyone wanted their pop-up to be in the most attractive location, that would increase the rate, she noted.

Forrester’s Kodali said that with the rise of the internet, America’s “overstocking” and the success of Spirit, we might see more pop-ups geared towards holidays such as Christmas.

“There are probably five or six other seasonal moments that you can also capitalize on that don’t overlap with Halloween,” Kodali said.