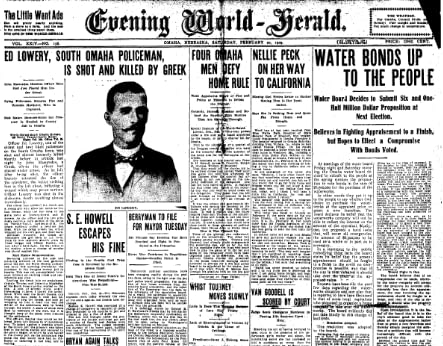 Just looking for a job, but becoming a target

After celebrating the bicentenary of the start of the Greek Revolution, which liberated much of the Greek nation and founded the Greek state, in 2022, Hellenism has an opportunity to begin to examine and recognize the consequences, including including the dark 100th anniversary of the Asia Minor Catastrophe and the persecution of the Greeks of Asia Minor, as well as the fate of the Hellenic Diaspora.

The historical and critical space between the two anniversaries includes the migratory flows of Greeks to modern states in Europe, Africa, Oceania and, of course, America. The Greek diaspora in the United States is perhaps the most shining example of recent Greek immigration history. In the fertile soil of his society, Greeks often rose to the top of the corporate, scientific, and economic establishment. Although they may have ended up there first, but mostly second-generation Greek-Americans and later, their journey began with the challenges and hardships faced by almost every other national group. who were looking for their best future in the land of opportunity – where they were not always welcome. In fact, the Greeks were often the target of hatred.

With this in mind, we will discuss in a series of four articles the anti-Greek riots in Omaha in 1909, which led to the persecution of the Greek community of the time.

As detailed in Part I, the riots broke out when a Greek immigrant, John Masourides, killed a policeman, Edward Lowry, who had arrested him on the then widespread charge of vagrancy.

The assassination of the policeman Edward Lowry by John Masourides has become an opportunity to express, in a criminal way, the concern of the Americans regarding the presence of the Greeks.

In the first part, James Bitzes, a retired colonel in the US Air Force, spoke of his personal research in journalistic and other archives, offering Hellenism a chronology of these important events.

In Part 2, we chat with eminent history professor Nelson Lichtenstein, who directs the Center for the Study of Work, Labor, and Democracy at the University of California, Santa Barbara.

The National Herald: These incidents can be examined from many angles and levels.

Nelson Lichtenstein: One of the big problems that has arisen in historical studies over the last 30 years has to do with whiteness, and it started with David Roediger’s book called The wages of whiteness, on the manufacture of whiteness. The object of this historical discussion, initially centered on the Irish, was of course to examine what “going white” meant in the 1820s and 1830s, and aimed to deconstruct the idea of ​​whiteness. That was the goal: a radical project to deconstruct the whole meaning of whiteness by showing its plasticity. Another book was that of Ignatiev How the Irish became white. You might as well say “how the Greeks got white,” or the Italians, or the Jews, or whoever. Thus, one of the themes that emerges clearly from this incident is how the Greeks and many other immigrants, especially Southern and Eastern Europeans, were expected to to be.

The National Herald: Are there any specific Greek characteristics that play into this discussion?

Nelson Lichtenstein: The Greeks were Orthodox. They weren’t even Roman Catholic – let alone Protestant – and there was a kind of feeling that they weren’t all white, which is kind of a metaphor for Americanization. This is a big theme that American historians have had. And he was countered by others, saying ‘wait a minute! These immigrant groups, Greeks, Irish, whoever they are, it’s not the same in this history of racism and slavery as being African American. So there is an ongoing debate here. But I’m just saying that this anti-Greek riot enters into this debate. This riot struck me as very similar to the events in Tulsa, with some of the same dynamic…the crowd, the rioters weren’t just American workers at that meatpacking plant, pissed that their jobs were being taken. They were not in direct competition with the Greeks for these industrial jobs. They were clearly middle-class stalwarts of Omaha society. The meeting was held at the town hall, it wasn’t like they came out of a saloon, you know?

TNH: Like all immigrants, these Greeks were people trying to escape their conditions.

NL: Interestingly, clearly the slaughterhouses were importing these Greek immigrants through what they called padrones, labor brokers – who were Greek themselves, usually. Maybe they ran a saloon, or maybe they ran a boarding house. Maybe some of them were in New York or some of them were in Baltimore or other places where people met, and they would have connections with employers. Then they got a royalty, or took a share, and they sent people over there. Once the Greeks were established in South Omaha, the chain migration would do the rest. The Greeks who were there would write letters to their relatives and say “they are hiring here at this packing plant” or “this industry is booming, so come on”.

TNH: And it seems like the tension always starts with work.

NL: Well, yes. They are all workers. What’s interesting and complicated here, although I don’t know enough about it, is that the conflict didn’t start in the factory – it didn’t start in a race for jobs in the factory. -same. There was this policeman, and this guy who shot him. The rioters, it seemed to me, were middle class; they were established personalities. But the fact that these Greeks are mostly factory workers cannot be ignored.

What was particularly telling about all of this was that the meeting called on the packaging industries to stop employing Greeks, effectively depriving them of their livelihood and taking away the reason for their presence. And he got racial because he said Greeks are dirty and sick and they shouldn’t be handling food.

So this is right after Upton Sinclair’s post The jungle, the famous muckraking denunciation of the meatpacking industry in Chicago. Of course, there’s a lot of fuss in the Pure Food and Drug Act, which was passed in 1906, so you have these speakers picking up that line of argument to justify this attack on the Greeks. Now the other thing is that Nebraska was a center of populism. There’s a kind of anti-corporate spirit there, even among the middle class. One of the arguments against trusts, against big business, is that they erode and demean workers, and they do that by importing immigrants, which lowers labor standards. So the attack on the company is the same as the attack on the Greek workers in this case.

TNH: Where are the unions in all this? Were there any established unions at that time?

NL: Probably not. On the contrary, some unions were themselves quite simply quite racist. They said “we are for white workers”. I don’t think the unions were there. They will be ten years later, along a huge wave of strikes beginning in Chicago’s packing plants.

TNH: I wonder about unions because I’m curious whether immigrant labor has helped their formation or made it more difficult. I guess a diverse workforce would make the need for solidarity even more apparent.

NL: That would be true in the days of the IOC in the 1930s. But before that it was definitely a mixed bag. Some of the unions were explicitly anti-Black and even anti-immigrant, as they wanted to reserve the jobs for Native Americans. On the other hand, there were radical unions, the Industrial Workers of the World, and a few others as well. The coal miners’ union was also more radical, and later meatpacking would be in 1917, during the great meatpacking organizing campaign of that period. They said “we have all these different workers; we must be united. But it was not acquired in 1907, that’s for sure. There were probably unions in Omaha at that time, but they may have been more like engine makers, truck drivers, or restaurant workers—or maybe skilled packing plant workers. They would generally be anti-immigrant.

TNH: However, it seems that initially some Greeks were actually brought to work during a strike.

NL: Without a doubt, then, that is the source of the enormous tension. It happened in many places. Have you heard of the famous private detectives, the Pinkertons? One of the things that private police forces were created for is to protect scabs when they are imported by these companies. If the packing plants had brought in Greeks to break a strike, that largely explains the tension. Not that it’s the only thing, but it certainly explains a lot. And the Greeks wouldn’t know about that; all of a sudden someone says “hey, there’s a job in Omaha”. And it turns out that the job is created because there is a strike going on.

TNH: There are many intersections, but what was the biggest unifying factor behind unionization? Was it race, was it religion? Was it something else?

NL: That’s a good question. Generally, race and religion ran through and divided the workers of this period, and the culmination was certainly the great strike wave of 1919 in the United States, which was defeated in part because of the divisions between the workers. born in the country, the Protestants against the Roman Catholics and against the Orthodox. It was then a much larger division than it is today. The packaging industry was the big booming industry of this period. By the way, packing meat involves a lot of unskilled labor, but there is also very skilled labor, which would generally be done by native Americans – butchers, those who do certain cuts, are skilled workers . So you would have these ethnic divisions within the packing plants, where you would have, for example, a lot of women doing certain kinds of things – making sausages or something like that – and, then, some kind of labor unskilled immigrant work, just to cut the pig’s throat, which is horrible work because the blood is flowing. And then there’s a certain kind of skilled labor, doing certain cuts, for example, that have to be done right. The packing station is plagued by ethnic tensions.