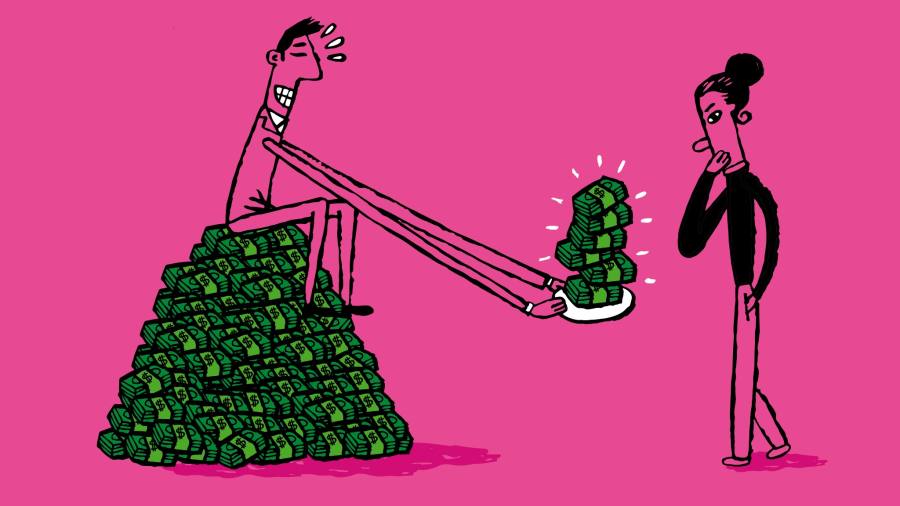 The other day I bumped into a friend I had barely seen since he started doing a pretty big job at a big bank.

“Hello!” I gushed, eager to hear about life at a company that, even by investment banking standards, had a knack for making the news.

“Oh,” he said. “I left.” He was actually gone months ago, joining the millions of people around the world in a big resignation that was supposed to have been a temporary, pandemic jerk, but one that lasted and even deepened.

Figures this month show 4.4 million American workers, or 2.9% of the workforce, quit in April, down from a record 4 million, or 2.8%, at the same months last year.

It’s not that different elsewhere. Here in London it’s starting to feel notable to come across someone still doing the same job in the same organization with the same phone number they had before Covid.

Looming economic uncertainty may change things, but right now employers in many industries are struggling to retain their workers in a booming job market.

In response, the bosses do what I did in a past life when fate threw me briefly into a leadership position. They do their best to give money and promotions to candidates for resignation in order to convince them to stay.

But should they? The answer is not as simple as it seems.

A counter-offer seems obvious for a proven star, especially if she’s also steady, graceful and a leader, which many stars aren’t.

As for how much money people should be offered to stay put, it’s worth considering the cost of replacing them.

A 2014 UK study showed that the cost of finding, maintaining and temporarily replacing a new worker – and bringing them up to speed – cost an average of £30,600.

If the newcomer comes from a company in the same industry, reaching peak productivity can take less than four months, according to this Oxford Economics study. But that could add up to eight months for someone in a different industry; 10 months for a new graduate and a year for someone re-entering the job market.

That said, counter-offers can also backfire if not handled carefully.

Offering a cash loot to someone who has been serially underpaid can have the opposite effect of the intended effect if it leaves them bubbling over the pay and recognition they’ve been missing out on for years.

This points to a deeper question: are people tempted to leave just because of the money? Or is it due to broader structural issues such as a lack of attention to career progression; rigid working models; poor management or severe staff shortages and overwork?

If so, beware. A compensation-based counteroffer that appears to have worked in January may have failed in April if the recipient receives another proposal from a more skilfully managed organization. The offeror will simply have paid money to defer a problem rather than to solve it.

Whether you are the boss, the assistant or on the way up, we are shaking up the way the world works. This is the podcast about working differently.

Join host Isabel Berwick every Wednesday for expert analysis and discussion on trends in working ahead of the curve, the big ideas shaping work today – and the old habits we need to let go.

It is obviously smarter to find out what motivates departures and, if possible, to anticipate them by, for example, setting up a system to alert the risks of flight to internal employment opportunities. Some companies that have tried this claim have reduced attrition rates and retained valuable staff who might otherwise have left.

Finally, generous counter-offers can infuriate other employees, especially if there’s a hint that the potential leaker’s offer wasn’t as strong as advertised.

In the past, I think it was probably easier to dismiss that kind of reaction as sour grapes. In a job market in turmoil, it is more dangerous. Chances are people are already sitting next to new, less experienced workers who are making more money for the same work.

In other words, they pay a “loyalty tax,” says Adam Grant, an American organizational psychologist and author. He thinks there is reason for employers to offer “retention boosts” to reward commitment. This is by no means an easy option for all businesses. But it highlights the need to think very carefully about who gets rewarded for staying – and why.