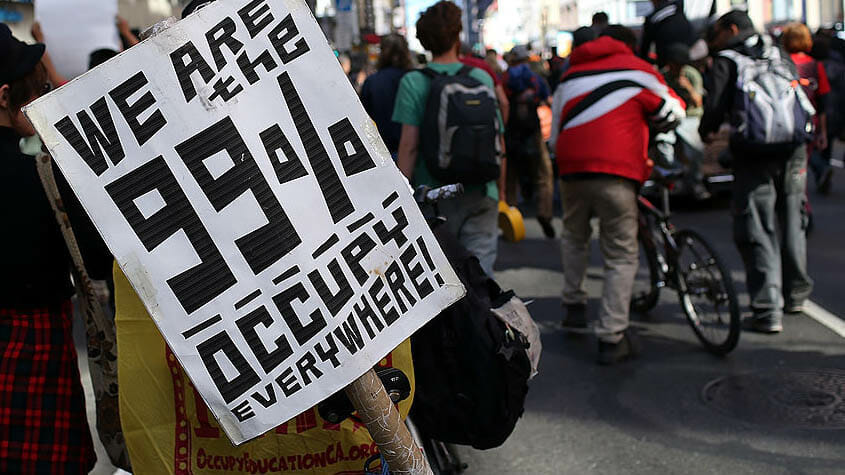 The new Ohio State and Cornell research makes for powerful reading, but, basically, researchers haven’t really told us anything that we haven’t known for over a century. Or, to be more precise, the research doesn’t tell us anything that public relations people I haven’t known for over a century, since the founder of the science of public relations, Ivy Lee, turned the plutocrat that Golden Age Americans most despised into a caring old man that millions of Americans admired.

Lee’s client, John D. Rockefeller, was the richest man in the world. In 1914 the Americans came to see old John D. Remarks Shelley Spector, co-founder of the Museum of Public Relations, as “a very selfish and monopolistic tyrant who cared little for the masses.”

The Ludlow massacre that year only reinforced Rockefeller’s negative image. The previous year, Rockefeller’s Colorado Fuel and Iron Company had deprived some 9,000 striking miners of their jobs and homes. The unemployed – and homeless – miners then spent the winter in tent camps, always demanding better working conditions and better wages. In April 1914, Colorado militiamen, company guards and various rogue strikebreakers attack the camp, setting fire to the tents. The dead included four women and eleven children.

Enter Ivy Lee, a Princetonian who had built a lucrative career for the coal companies. Lee realized, public relations historian Spector says, that he needed to get the public “to see Rockefeller as a human being and to discover the good works he made possible.” Lee then convinced Rockefeller to leave news photographers in his private estates. Soon audiences across the country were watching Rockefeller “playing croquet, hugging his grandchildren, even giving pennies to needy children.” The ruthless Rockefeller slowly transformed into Rockefeller the gentle philanthropist.

Before Occupy Wall Street, today’s billionaires – with their armies of modern day flacks – usually get away with the same tricks Ivy Lee invented. They turned their billionaires into celebrities, with profiles circulating endlessly in the mainstream media. These billionaires dominated the turn of the 21st century as super-talents, geniuses making the world a better place for everyone.

But Occupy began to reframe our deeply unequal economic reality, and in the years following Occupy, activist groups kept the projector on billionaires – and the rest of our super rich – as a group. This advocacy made a difference. A “growing share of American adults”, according to a poll by the Pew Research Center indicated last summer, now see billionaire fortunes as “a bad thing for the country”, younger people – Americans most involved in Occupy – “considerably more likely than older adults” to view billionaires in negative terms .

Even so, most Americans – 55% – still view billionaire wealth as neither good nor bad. And that shouldn’t surprise us because today’s Ivy Lees still work so hard to make us see their billionaire clients as talents who deserve our undying gratitude. An example: Elon Musk, the egocentric automaker always ready to to play along with the health of his workers, is hailed as a bizarre but lovable visionary genius.

“If you want to change the system”, to summarize Cornell’s Gilovich, “You have to get people to think systemically.”

We are winning on this goal. We still have so much further, this week reminds us, to go.

Sam Pizzigati co-publishes Inequality.org. His latest books include The arguments in favor of a maximum salary and The rich don’t always win: the forgotten triumph over the plutocracy that created the American middle class, 1900-1970. Follow him on @Too_Much_Online.